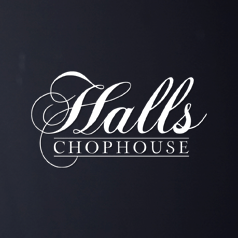 Halls Chophouse was recently named one of Business Insider’s “44 Best Restaurants in America.” It was ranked 24th on the list.


Also on the list? Charleston’s Husk and Hominy Grill, which ranked 14th and 33rd respectively.

Over the last few months, Halls Chophouse was also named a 2015 AAA Four-Diamond winner and earned the No. 4 spot on TripAdvisor’s national restaurant list.

Follow the links below for further information on each: