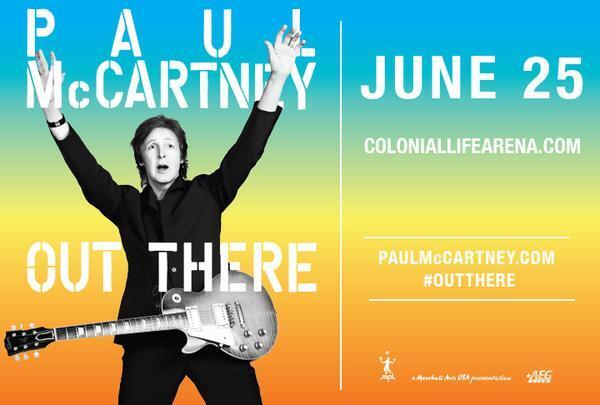 The concert will be part of the musician’s ongoing “Out There” tour. During his performances, McCartney tends to play a mixture of his own solo material and songs originally created by The Beatles and Wings.

Tickets go on sale this Monday at 10 am, but McCartney’s official website says there will be an internet pre-sale. There will also be a VIP ticket option. No ticket prices have been announced yet.

Check back for more details.

All Americana Crawfish Boil Returns to Home Team on Saturday

The Milk Carton Kids Take the CMH Stage on 11/10