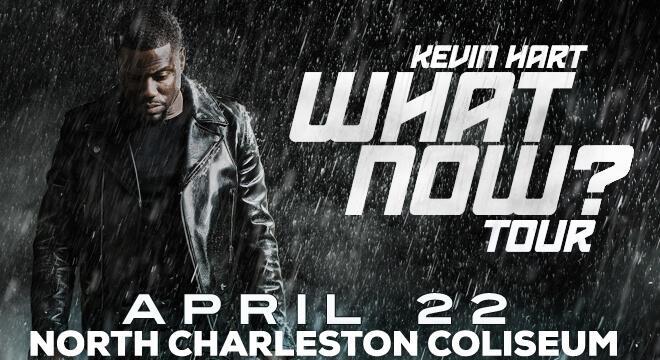 Comedian Kevin Hart will bring his “What Now?” tour to the North Charleston Coliseum on Wednesday, April 2nd at 8 pm. Tickets go on sale TODAY at 10 am.


Hart’s tour has been breaking comedy records by selling over half a million tickets in the first weekend of on-sales. Those numbers include two shows at Madison Square Garden, which quickly sold out after going on sale.


The comedian is well known for his stand-up specials and performances in movies like Think Like a Man, Ride Along, and About Last Night. Hart also He stars as himself in the TV show Real Husbands of Hollywood.

Tickets for his North Charleston concert go on sale today at 10 am.

Comedian Brian Regan Returns to the PAC on 11/19