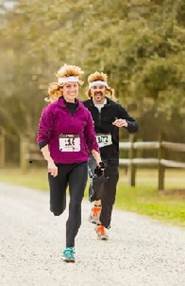 Mullets are hilarious enough on their own, but why stop at one? The ridiculous hairdo will be out in full-force on March 7th during the appropriately named Mullet Haul Trail Run.

The mullet hairstyle-themed run returns for its 5th year at the Mullet Hall Equestrian Center on Johns Island. Participants can choose between a 5-mile and a 10-mile race. Not the fastest runner? That’s ok, the best mullet-themed costume will be awarded a prize!
Following the races, there will be a party featuring live music and complimentary food and beverages.
For more details, visit the official site.