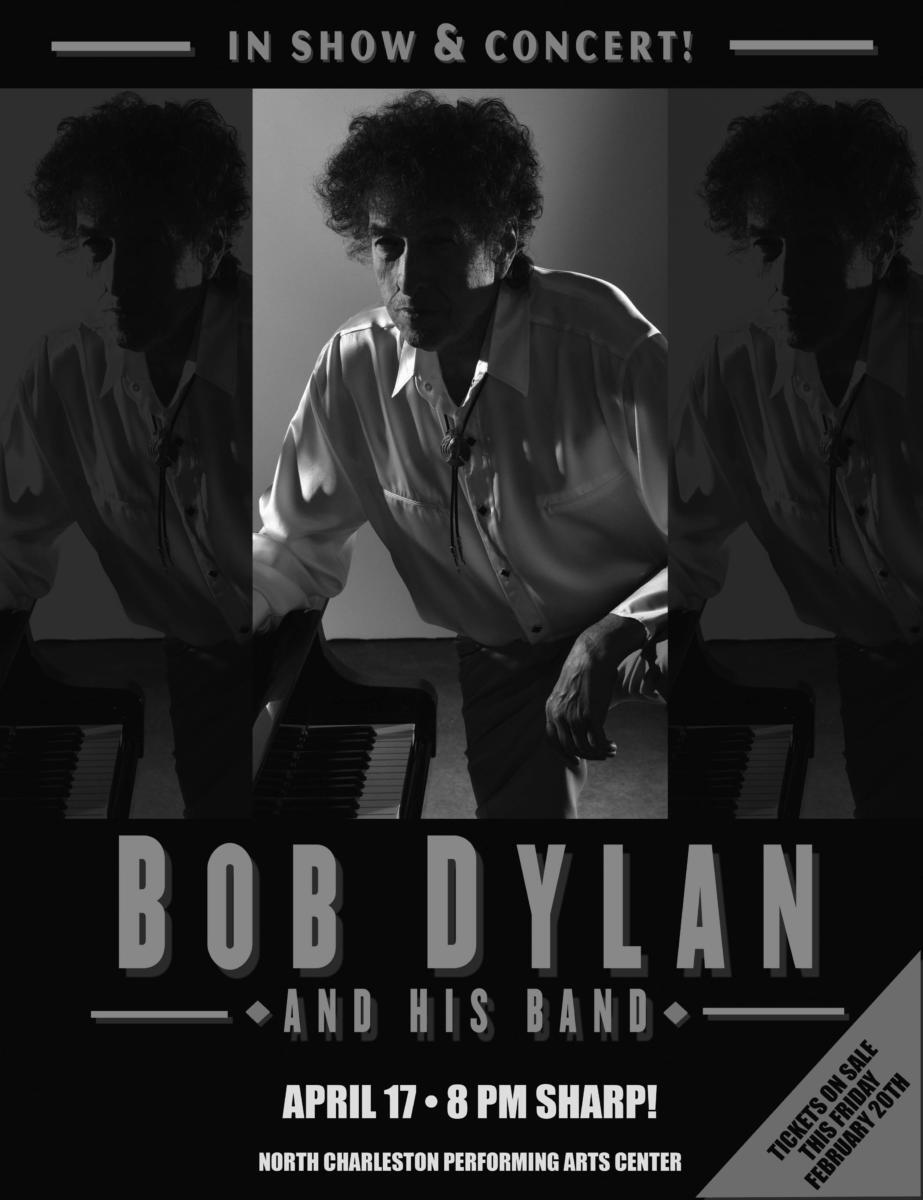 Music legend Bob Dylan will return to Charleston with a concert at the North Charleston Performing Arts Center. The show will be held on Friday, April 17th at 8 pm.

Dylan is an 11-time Grammy winner who’s career has spanned five decades. He’s also won an Academy Award, been inducted into the Rock and Roll Hall of Fame and was given the Presidential Medal of Freedom.

Tickets for the North Charleston show go on sale Friday, February 20th at 10 am.

Dylan last played in the Charleston area back in May at the Family Circle Magazine Stadium. You can see the setlist from that show below: