This year’s First Flush FesTEAval, one of the Lowcountry’s more popular annual events, will be headlined by country superstar Sheryl Crow.

Now in its 9th year, the event celebrates the beginning of the tea leaf harvest at America’s only tea plantation. The event is scheduled for noon on Sunday, May 24th.

The festival usually features at least one high profile band and this year will be no different. Crow has won nine Grammy Awards and has sold over 50 million records worldwide. She’s know for hits like “All I Wanna Do,” “Strong Enough,” “If It Makes You Happy,” and “Everyday is a Winding Road.”

Additional performers will be announced in the near future.

Tickets go on sale this Friday at 10 am. In addition to general admission, there will also be VIP options available. More information on those packages will be released soon.

March 6th is Alzheimer’s Night with the Stingrays

After selling out every show in July, the Party At The Point beachfront concert series has extended its lineup through... 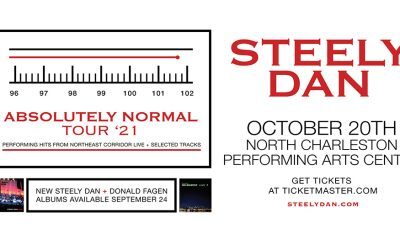 Gaillard Center Announces “The Elf on the Shelf: A Christmas Musical”