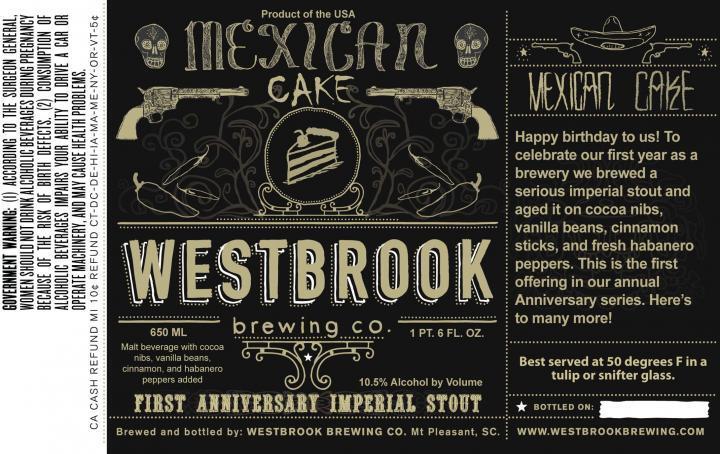 One version of the Westbrook Brewing Company’s Mexican Cake brew has earned the destination of being the highest rate beer in South Carolina. The Four Roses Bourbon Barrel Aged edition was the brew that took the cake (sorry, couldn’t resist).

Using data from BeerAdvocate, a website called Cool Material created a list of the highest rated beer for each state. To be considered, each beer had to have at least 50 reviews.

The original Mexican Cake was released by Westbrook in 2012 to celebrate the brewery’s first anniversary. The beer was so popular, it has been brought back each year since. The brew is an imperial stout that was aged on cocoa nibs, vanilla beans, cinnamon sticks, and fresh habanero peppers. The Bourbon Barrel Aged version is the same beer except it was also aged for a year in barrels of Four Roses.

You can see each state’s highest rated brews here.