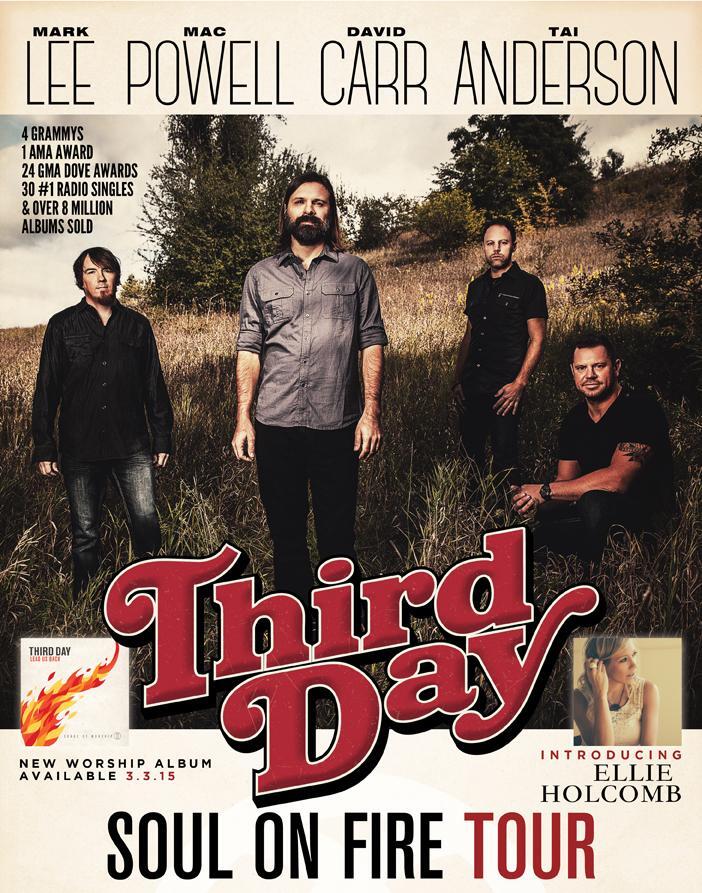 Third Day, a Christian rock band from Marietta, Georgia, will bring its “Soul on Fire Tour” to the North Charleston Performing Arts Center on March 19th, 2015. Special guest Ellie Holcomb will open the show at 7 pm.

The group has had a wildly successful career that has included:

Tickets for the North Charleston concert go on sale this Friday at 10 am, but fans can take advantage of an internet pre-sale until 10 pm tonight. Just use the pre-sale password “THIRDDAY” (no quotes).
–