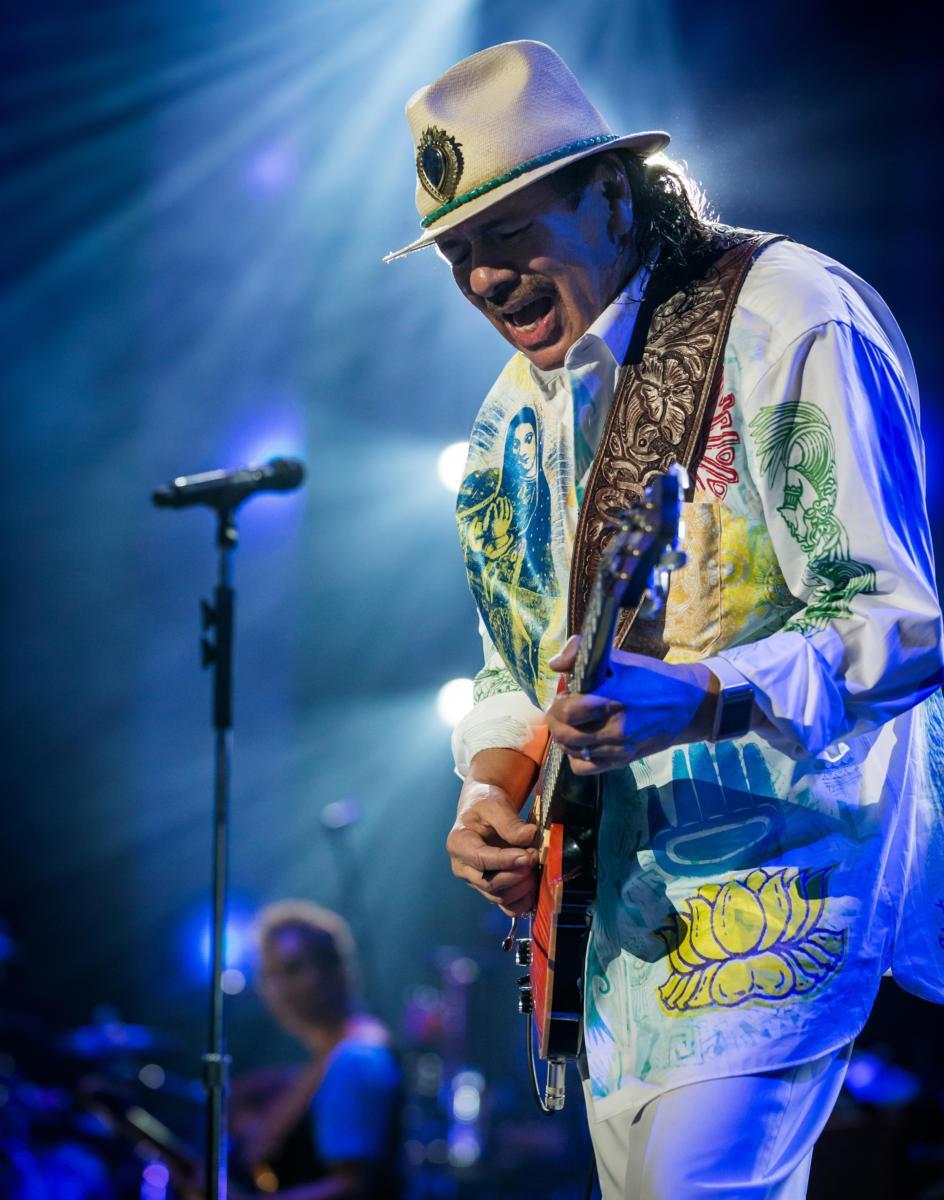 Santana, the legendary rock band fronted by Guitar God Carlos Santana, will perform in North Charleston for the first time ever on March 10, 2015. The group will play at the North Charleston Performing Arts Center at 8 pm.

Santana has one of the most successful careers in history. The group has been around for over forty years, sold more than 100 million records, won ten Grammy Awards, tallied three Latin Grammy Awards. Santana won a record-tying nine Grammys for a single project for 1999’s Supernatural (including Album of the Year and Record of the Year for “Smooth”).

On his own, Carlos Santana also earned a spot in the Rock and Roll Hall of Fame in 1998, received the Billboard Latin Music Awards’ Lifetime Achievement honor, and was the recipient of the Kennedy Center Honors Award in 2013. Among countless other honors, he was chose by Rolling Stone as 15th “Greatest Guitarists of All Time.”

The group’s latest release, Corazón, put them in even more rarified air. Along with Barbara Streisand, the band is one of only two music acts in Billboard history to notch at least one Top Ten album for six consecutive decades from the 1960s on.

Some of Santana’s best-know performances include “Black Magic Woman,” “Oye Como Va,” “Evil Ways,” “Maria Maria,” and “Into the Night.”

Tickets for the band’s North Charleston concert go on sale Friday, December 12th at 10 am.

Need a refresher? Listen to some of Santana’s tunes below.

Follow us
Related Topics:north charleston performing arts centersantana
Up Next

“The Ballad of Shovels & Rope” is Now Available for Purchase