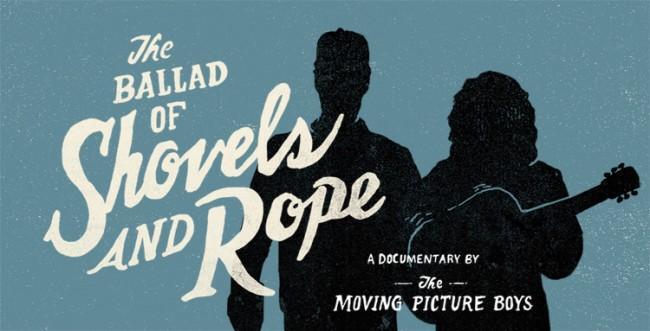 The Ballad of Shovels & Rope, a documentary featuring Charleston’s favorite musical duo, is now available for purchase. The film can either be downloaded to your computer or ordered on DVD.

According to the movie’s website, the documentary “captures the tours and detours of a husband and wife as they create and release the critically acclaimed album, O’ Be Joyful. From working for tips to becoming ‘Emerging Artist of the Year,’ the two-man family band uses ingenuity and hard work to create something out of nothing.”

You can purchased the movie here. There are also combo packages for sale that include a bonus LIVE DVD featuring extra performances not included in the documentary.

Shovels & Rope, which consists of Cary Ann Hearst and Michael Trent, has had an incredible two-year stretch – the band released their second album, won the Charleston City Paper‘s 2012 Album of the Year Award, dominated the 2012 American Song Writer’s lists, appeared on The Late Show with David Letterman, recorded with Jack White, played on Conan, and recently announced their triumphant return to the Holy City.

A trailer forThe Ballad of Shovels & Rope can be seen below.

Santana To Perform in North Charleston for the First Time Ever