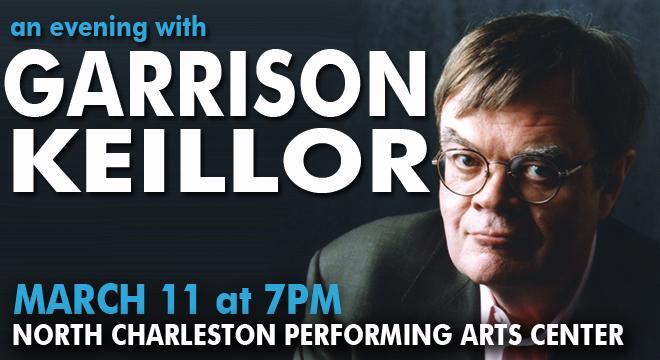 Garrison Keillor, a master storyteller and host of Public Radio’s A Prairie Home Companion, will be performing at the North Charleston Performing Arts Center on March 11th, 2015 at 7 pm.

Keillor has worked in Public Radio since 1969, and on July 6th, 1974, he hosted the first broadcast of A Prairie Home Companion. Each week, the program has over 17 million listeners across more than 900 public radio stations.

He is also the author of many books, a Radio Hall of Fame inductee, and a Grammy Award, Cable ACE Awards, and George Foster Peabody Award winner.

Tickets for his show in North Charleston go on sale Monday, December 8th at 10 am.