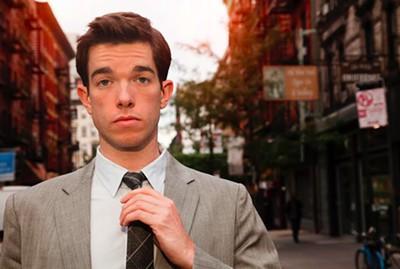 The Charleston Comedy Festival just announced the latest addition to its 2015 lineup. John Mulaney joins an already impressive list of comedians that includes Hannibal Buress and Doug Benson. Mulaney will perform at the Sottile Theatre on Saturday, January 17th at 8 pm.

Mulaney was a relative unknown outside of the New York City comedy scene until 2008 when he was hired as a writer for Saturday Night Live and was chosen as one of Variety’s “10 Comics to Watch.” During his time at SNL, Mulaney appeared as a correspondent on “Weekend Update” and co-created characters such as “Stefon” with Bill Hader.
His work at SNL led to two comedy specials – 2009’s The Top Part and 2012’s New In Town – and the starring role in FOX’s new comedy series Mulaney. He is also the show’s creator, writer, and executive producer.

Tickets for his Charleston performance are already on-sale and may be purchased here. For a small taste of Mulaney’s stand-up, watch the clip below.

Follow us
Related Topics:charleston comedy festivaljohn mulaneysottile theater
Up Next