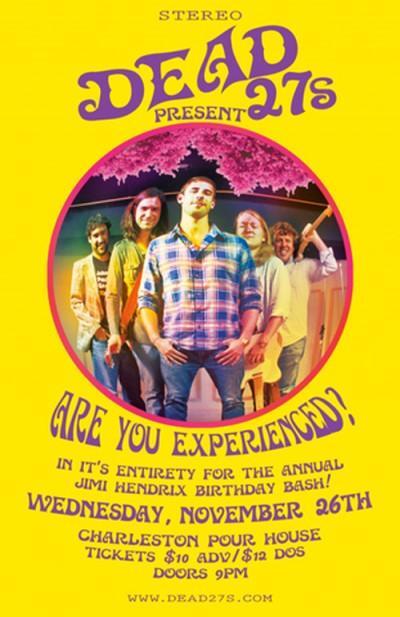 Tomorrow night at the Pour House, the Dead 27s will celebrate guitar God Jimi Hendrix’s Birthday by performing the Are You Experienced album in its entirety.
The record, which was released in 1967, was the Jimi Hendrix Experience’s debut release. It included some monster hits like “Purple Haze,” “Foxy Lady,” “Hey Joe,” “Fire,” and “The Wind Cries Mary.”

Tickets for the show are $10 if purchased in advance, $12 at the doors. Porch 40 opens the show at 9:30 pm, while The Reckoning will play a free show on the deck around 6 pm.

Jason Aldean’s “Burn It Down” Tour Coming to the Coliseum