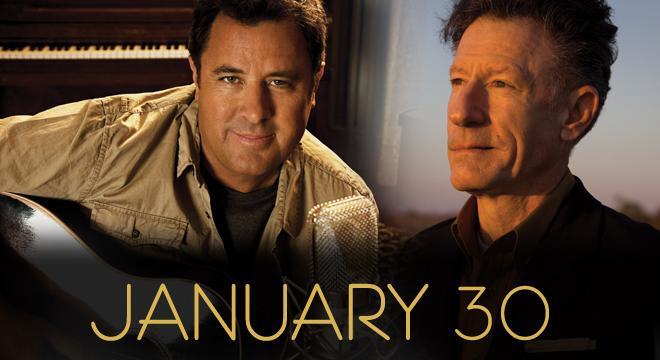 Gill is one of the most successful country musicians in history. His impressive career includes over 20 studio albums, over 24 million albums sold, 18 CMA Awards won, and 20 Grammy Award wins. Unsurprisingly, Gill was inducted into the Country Music Hall of Fame in 2007.

Lovett has had an similar accolades over the course of his career. He has recorded thirteen albums and won four Grammy Awards. He has also appeared in numerous television shows and movies.

Tickets for their joint Charleston show go on sale this Friday. However, an Internet pre-sale will run from Wednesday at 10 am until Thursday at 10 pm. Just use the pre-sale code ACOUSTIC.