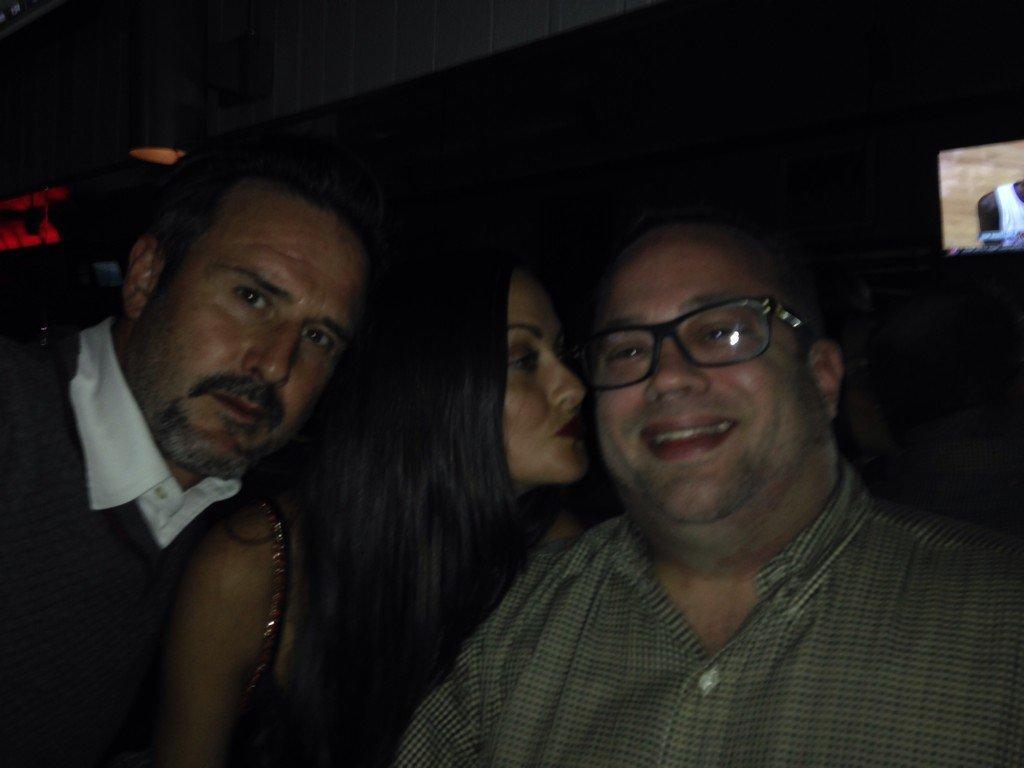 According to multiple sources, the group had dinner at O-Ku, spent time at Halls Chophouse and then (believe or not) hung out at Silver Dollar where Arquette played pool with some patrons. Snowden took a photo of the party while they were at O-Ku – you can see that picture here.

Arquette and McLarty were reportedly in town for a friend’s wedding in Kiawah Island and will be here through the week.