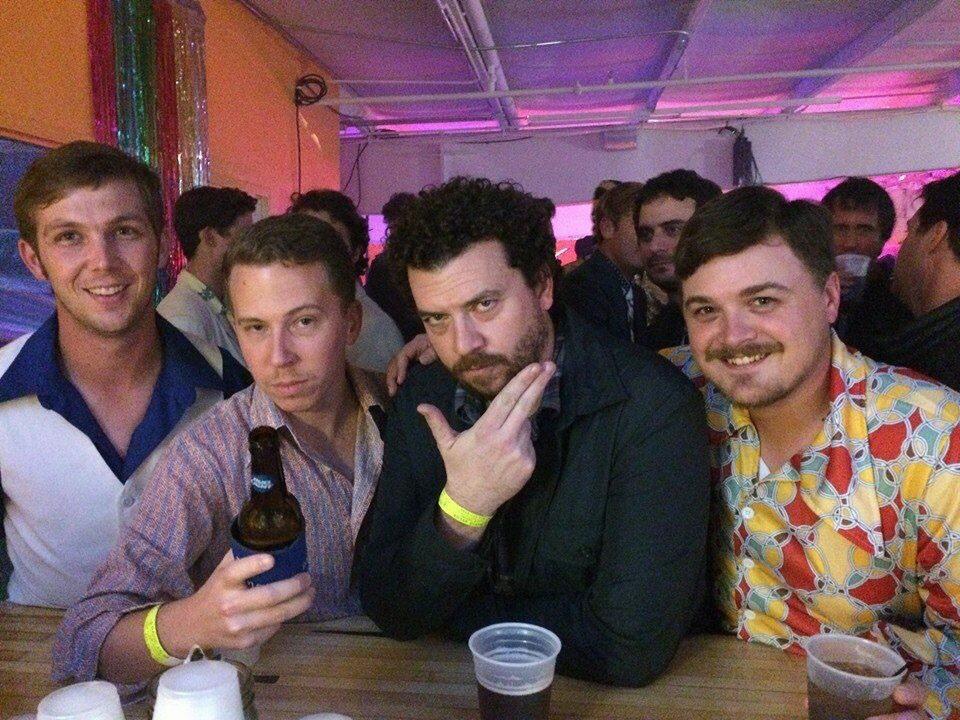 Last night’s Studio 300 Party at The Alley was made even more awesome by the unexpected appearance of actor Danny McBride.

That’s right, the man who played Kenny Powers in the series Eastbound and Down, was mingling with the crowd at the disco-themed anniversary party. McBride was very accommodating to his fans and hung out at the venue for a few hours. The photo on the right has been making the rounds on the social media and features McBride posing with fans at the upstairs bar.

During the day on Friday, there was talk that actor Danny McBride was spotted at a local elementary school with some folks from HBO. Although it’s still unclear what they were doing there, it may be related to their upcoming project Vice Principals.

Regardless, it seems Charlestonians will be seeing more of McBride around the Holy City in the near future. He told party-goers that he is moving to the area in January.