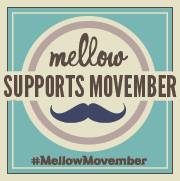 Throughout November, the Mellow Mushroom locations in Avondale, Summerville, and on King Street will be raising money and awareness for men’s health and the Movember charity.
Here’s a look at what the gourmet pizza joints have in store:

Plus, each location will feature Lagunitas IPA as the beer of the month and a “Full Stache” cocktail (Jameson Black Barrel Irish Whiskey, St. Germain, Minute Maid Lemonade, and Lipton Sweet Tea). For each of those Movember drinks sold, Mellow Mushroom will donate a portion of proceeds to the Movember Foundation .

To enter the Movember Facebook contest for free visit:

To enter the Crustache contest for free: