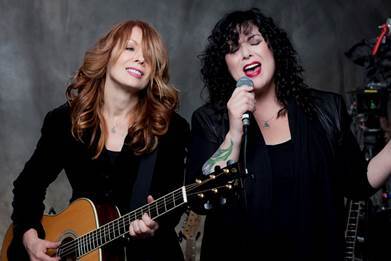 
Over the course of the rock band’s 40-year career, they have sold more than 35 million albums and had Top 10 releases in four different decades. The group also notched one No. 1 album with 1985’s self-titled release.

Tickets for their North Charleston concert go on sale Friday, November 21st at 10 am. UPDATE – 11/17/14: An internet pre-sale will begin on Wednesday, November 19th at 10 am and run until Thursday, November 20th at 10 pm. To take advantage of the pre-sale, us the offer Code: BARRACUDA.

Need a refresher? Listen to some of Heart’s tunes below.

Follow us
Related Topics:heartnorth charleston performing arts center
Up Next

Porch Fest Being Held on Folly Beach this Saturday