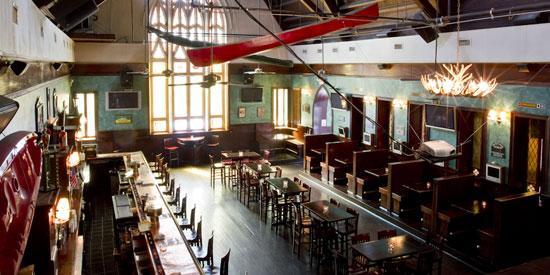 A Market Street stalwart is no more as Mad River, a popular downtown bar and restaurant, abruptly closed its doors today.

No announcement has been made and it appears even the bar’s employees were kept in the dark about the closing. The group was not informed about the closing until this morning. Some were told via e-mail, while others found out from coworkers that Mad River had closed and they no longer had jobs.

Unsurprisingly, a few former employees took to Facebook to vent their frustrations. One wrote:

“Just found out Mad River closed down so I don’t have a job all of a sudden didn’t even get a phone call or an email or anything so I’m kinda screwed if anyone knows anywhere hiring let me know” (sic).

So far, there has been no comment from the management team.

UPDATE: 11/6/14 – Live 5 News, citing an unnamed former employee, is reporting that the restaurant’s owner “had been negotiating with a buyer and on Friday reached a deal.” The new station also reported that deal included a lease buy out and the surrender of the property.