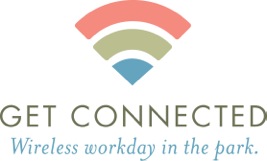 The Charleston Parks Conservancy is inviting Charlestonians to ditch their desk on Monday, November 10th for a “Wireless Workday in the Park.” The event is being held at Hampton Park to celebrate the addition of four more Wi-Fi networks in city parks.


The Wireless Workday will run from 11 am until 2 pm and will include the following on-site food trucks/vendors: Ted’s Butcherblock, Zombie Bob’s Pizza, Auto-Bahn, and King of Pops.

The new Wi-Fi networks will be located at Hampton Park, Corrine Jones Park, Magnolia Park and Community Garden, and the Mitchell Playground. Networks are already available in Waterfront Park and Marion Square. The new additions were made by possible thanks to a $30,000 donation from the Speedwell Foundation.

At noon on Wireless Workday, Mayor Joe Riley, Jenny and Mike Messner from the Speedwell Foundation, Charleston Parks Conservancy Executive Director Harry Lesesne, and Ernest Andrade, the founder and director of the Charleston Digital Corridor will make a presentation and conduct a ceremonial “cutting of the Internet cord.”

Follow us
Related Topics:Charleston Parks Conservancyhampton park
Up Next