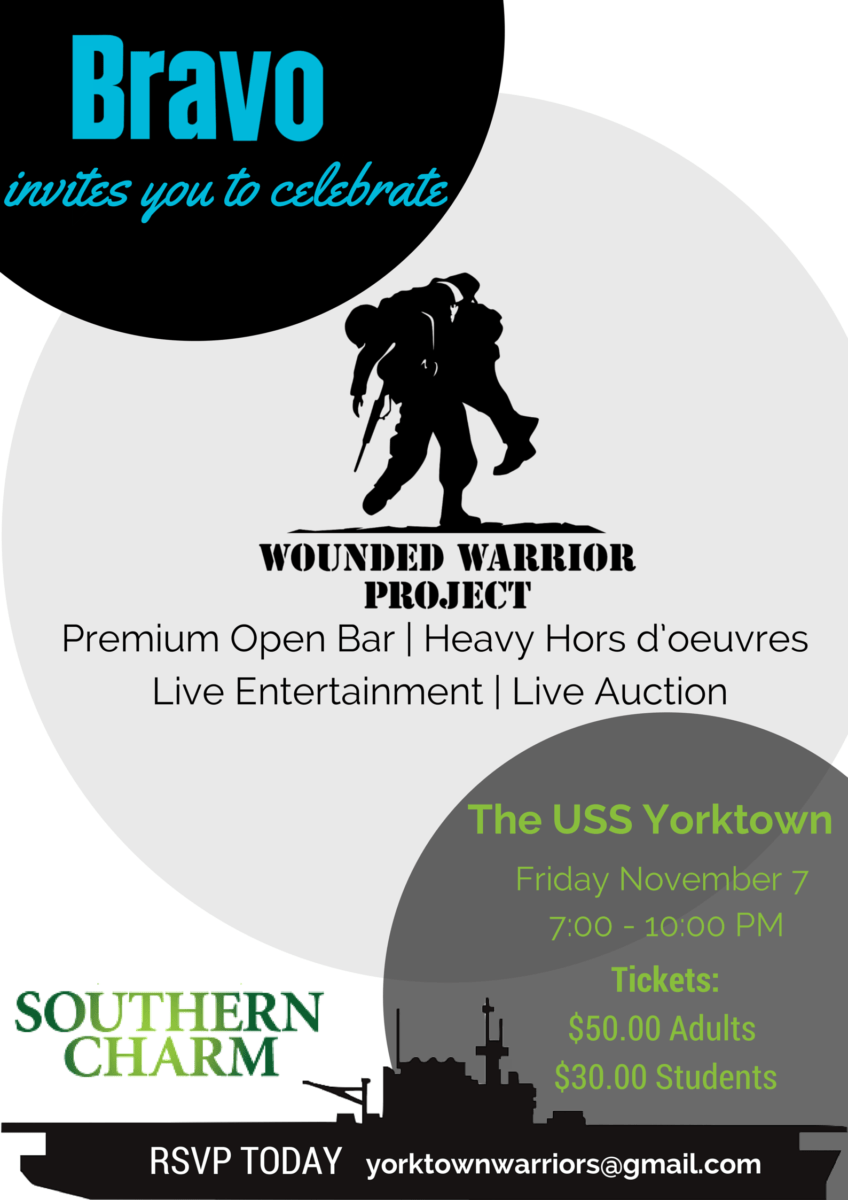 Have you ever wanted to party with the stars of Bravo’s Southern Charm? Or maybe even end up on an episode of the reality show? Well, your chance will be here on Friday, November 7th.

At 7 pm that night, you can hang with the cast aboard the U.S.S. Yorktown for a charity event benefiting the Wounded Warrior Project. The organization will receive 100% of the ticket sales and donations from the evening.

Admission is $50 (or $35 for students) and will include live music, an auction, an open bar, food, and entertainment.

A source close to the event told Holy City Sinner that the entire shindig will be filmed for the season two finale of Southern Charm and the entire cast (no word on if Thomas Ravenel will show) is expected to be in attendance. The source also said the event is being hosted by Patricia Altschul (aka Whitney Sudler-Smith’s mother).

Tickets may be purchased here.