Fathers – lock up your daughters! Last night, U.S. Senate candidate and Southern Charm cast member Thomas Ravenel wrote on Facebook that his relationship with Kathryn Dennis is over. The pair has one child together.


Ravenel, who once again forgot how the Internet works, deleted the Facebook post from his account, but not before plenty of people had captured a screen shot of it. You can see the post below: 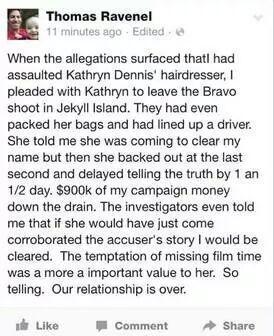 If you missed it, the allegation Ravenel referenced was last week’s accusations of assault by Dennis’s hairdresser. Although Dennis may not have “cleared his name” at the moment he requested, she did defend him in an interview with FITS News.

Regardless, Dennis took to Twitter to dispute TRav’s assertion that he ended their relationship: 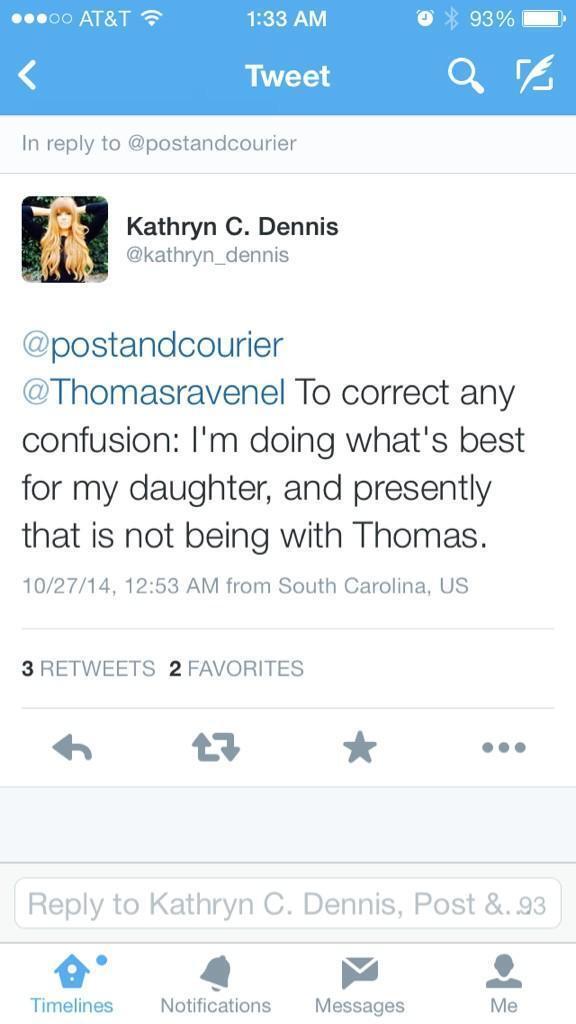 FITS News added even more drama to the story saying:

“Sources familiar with the dust-up tell FITS that Dennis actually broke up with Ravenel first – at which point he allegedly threatened her and attempted to bribe her in an effort to “keep this private.”

Other threats were said to have been made – including one alleged death threat against a 24-year-old female political operative who is friends with Dennis.”

It should be noted that FITS News and Ravenel also have a pretty rocky relationship. After originally supporting Ravenel’s campaign, the political blog wrote an entry asserting that his candidacy was just a ploy to get better ratings for Southern Charm. A few days after that story was posted, the blog’s founding editor and former political consultant Will Folks accused Ravenel of sending him threatening text messages.

UPDATE # 1: Around 10 am, Ravenel posted the following on his Facebook page:

“I made a huge mistake yesterday. No father should EVER speak negatively about the mother of his child, period.” 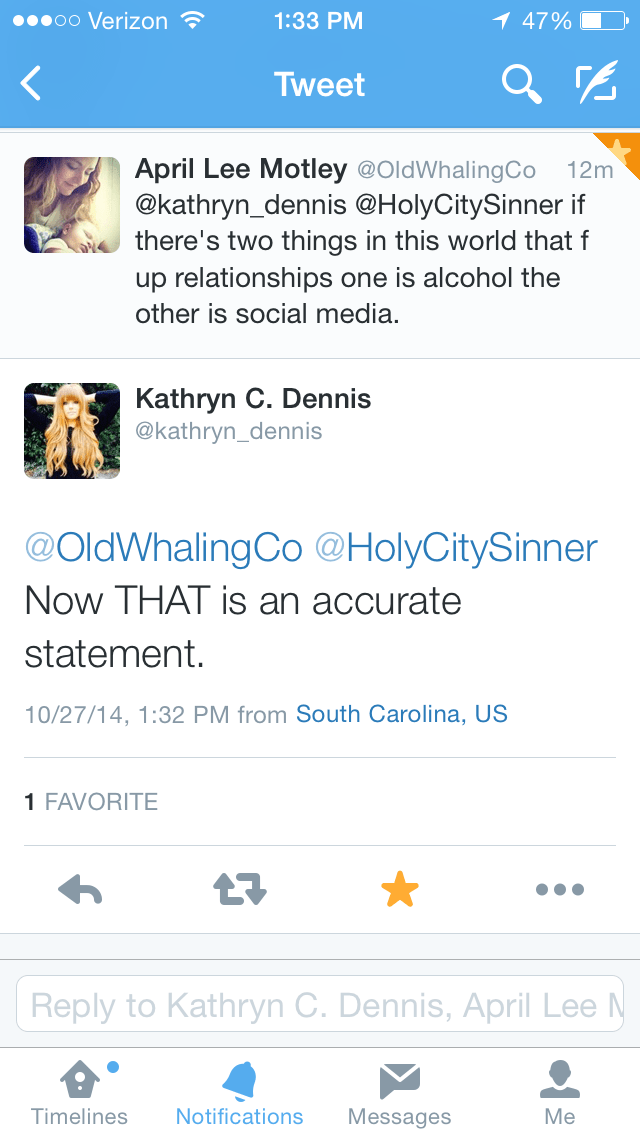 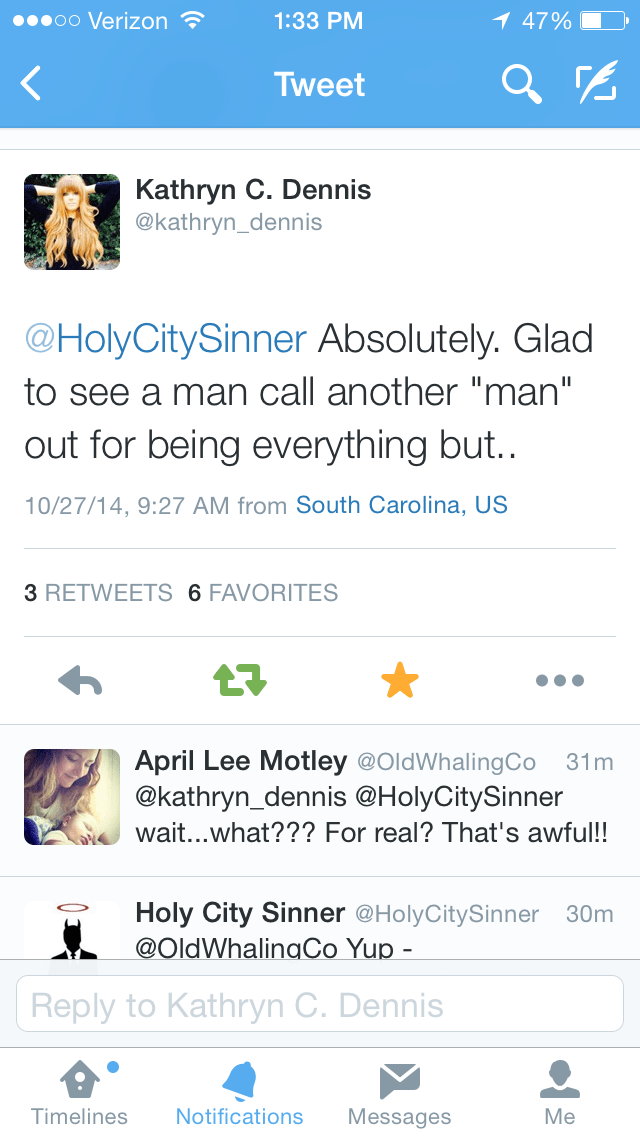