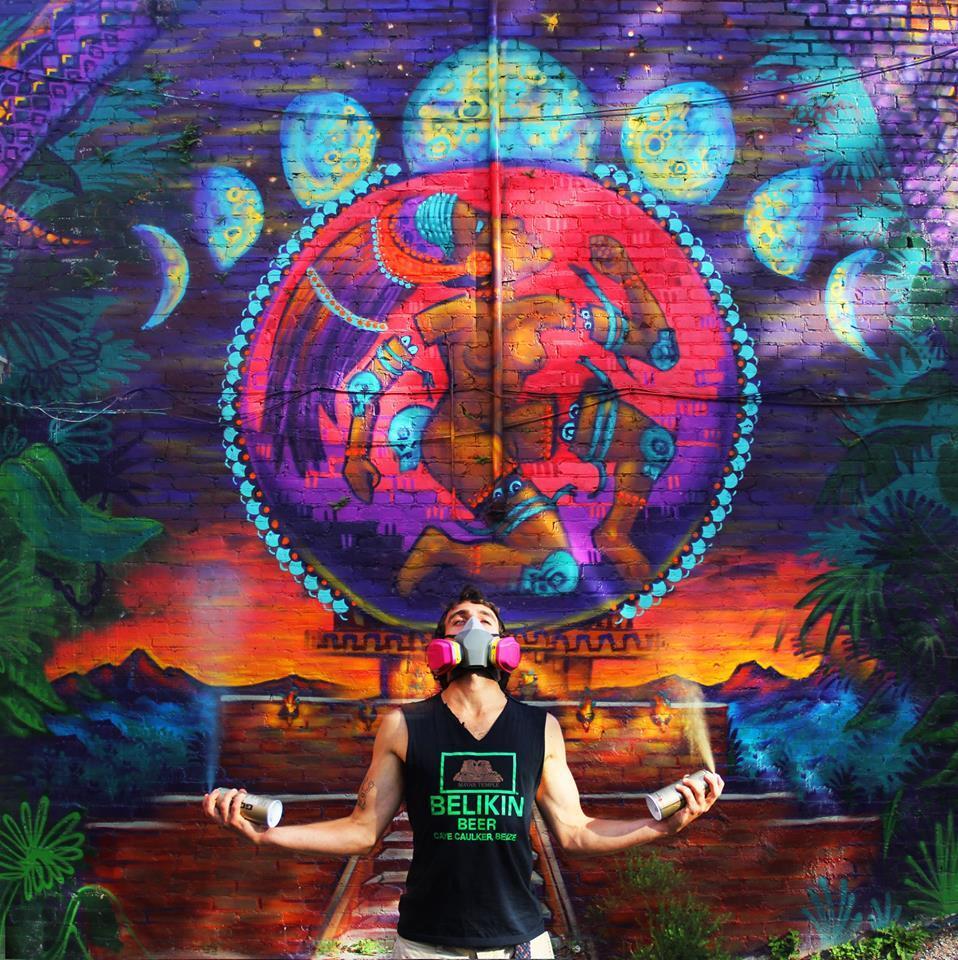 King Dusko, the downtown coffee shop/bar/art gallery will debut the works of local artist Crosby Jack at an opening reception this Thursday at 6 pm. As an added bonus, King Dusko will also have a handful of new wines available during the opening reception.

Crosby Jack has evolved from graffiti art to painting commissioned canvases and large-scale murals. He has been involved in projects with organizations like Pet Helpers, the Avondale chART Gallery, the St. Andrews Fire Department, First Fridays on King Street, Redux Contemporary Art Center, and the Jailbreak series. He is also the man behind the ever-changing artwork on King Dusko’s courtyard wall (18 different murals to date).

Before you head to the event, be sure to watch the video at the conclusion of this post. It’s a quick clip that features Crosby working on a mural in Avondale.
For more information on the opening reception, visit the Facebook event page.
–
–
–
–
–
–
–

Comedian Christopher Titus Performs at the Memminger Next Month