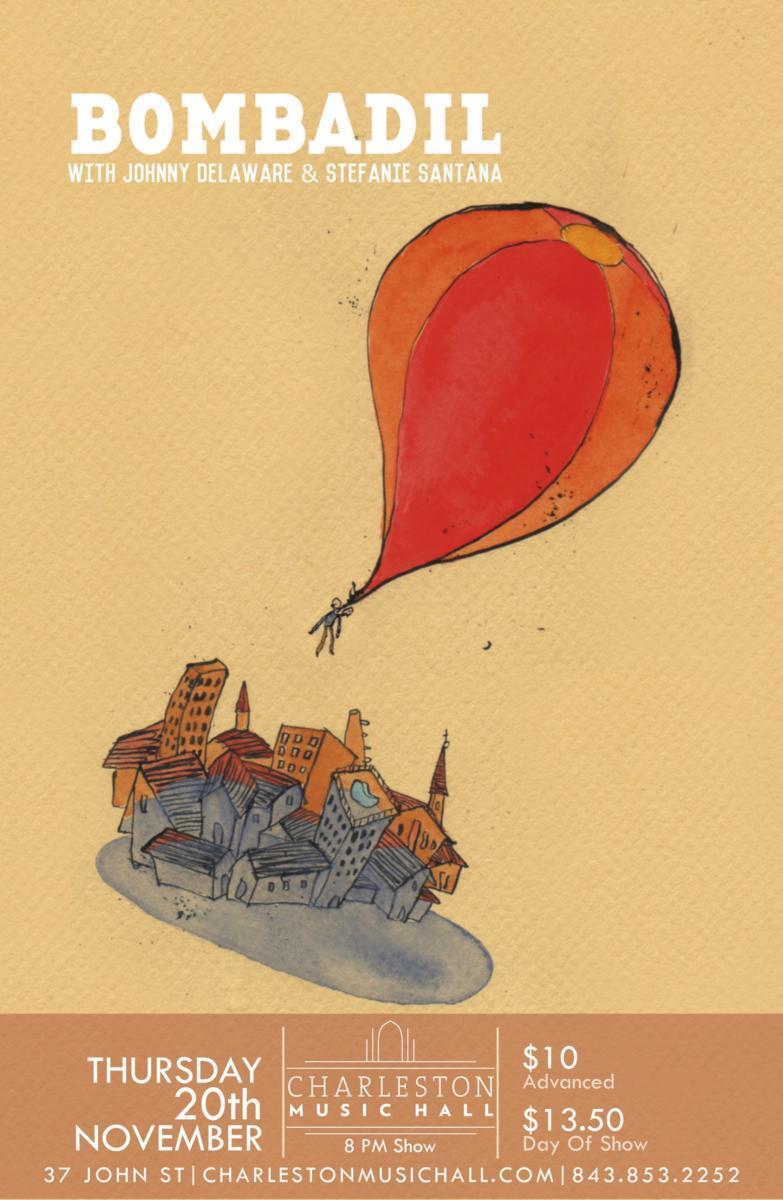 Bombadil, a four-piece band from Durham, will play at the Charleston Music Hall next month with locals Johnny Delaware and Stefanie Santana. The performance is scheduled for Thursday, November 20th at 8 pm.

Bombadil is a “pop-folk” band that has released four full-length albums in their careers. Their most recent release was 2013’s Metrics of Affection.

Johnny Delaware was born and raised in North Dakota, but now calls the Holy City home. His debut album is called Secret Wave and can be heard here.

Stefanie Santana is a Columbia-based singer-songwriter who released her debut album I Admit I Am Glad in April. You can listen to it (and download it for FREE) here.

For more information on the show and to puchase tickets, click here.