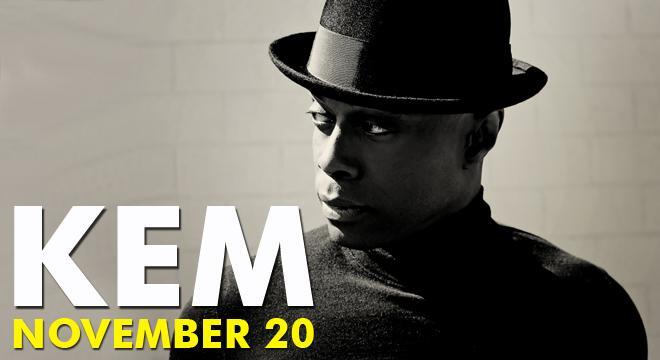 Two-time Grammy-Nominated Motown recording artist KEM has announced that his “Promise To Love Tour – Part 1″ will stop at the North Charleston Performing Arts Center on Thursday, November 20th at 7:30 pm. R&B singer-songwriter Joe and L Renee will serve as the show’s opening acts.

The tour borrows its name from KEM’s newest album, which debuted in August at #1 on the R&B Albums chart and peaked at #3 on Billboard’s Top 200. You can preview the entire album below.

The singer is best known for his songs “I Can’t Stop Loving You,” “Share My Life,” “It’s You,” and “Why Would You Stay.”

Special guest Joe rose to stardom after the release of the 2000 album My Name is Joe. The CD went triple platinum and featured the mega popular songs “Stutter” and “I Wanna Know.”

Tickets, which are already on sale, may be purchased here.

Follow us
Related Topics:joekemnorth charleston performing arts center
Up Next