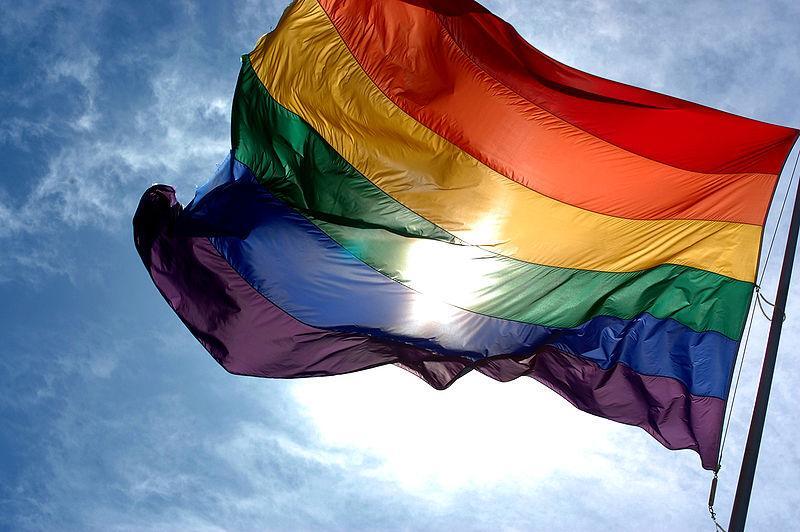 Multiple news outlets are reporting that the first same sex marriage license has been issued in Charleston despite a state ban on gay marriage.

Although a license was issued, there will be a 24 hour waiting period before the license can be granted.

The news comes just two days after the U.S. Supreme Court announced it will not listen to appeals from states attempting to uphold same-sex marriage bans.

Below is a picture of Judge Condon’s statement announcing he will grant marriage licenses to same sex couples (credit Tyler Jones, @TylerMJones via Brady Quirk-Garvan, @bradyqg): 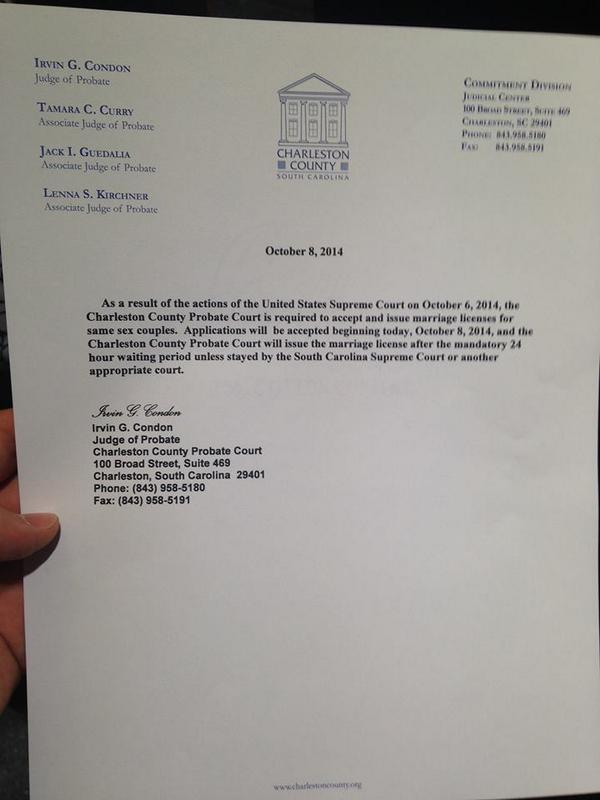