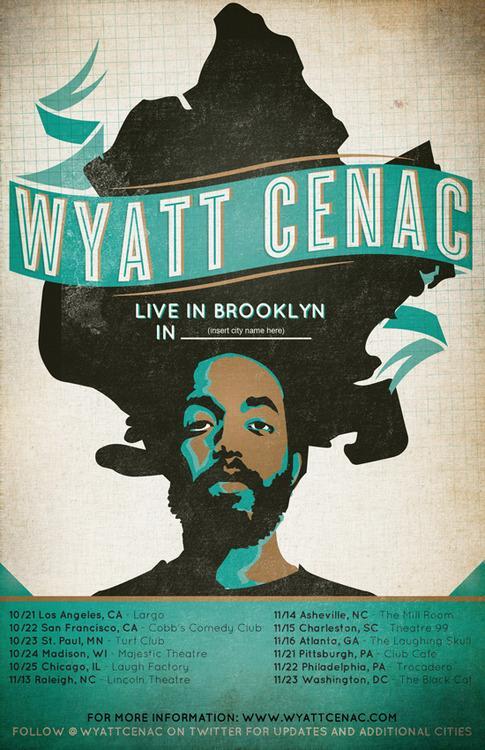 On Saturday, November 15th, comedian and former Daily Show correspondent Wyatt Cenac will return to the Holy City for a performance at Theatre 99.

The show will be Cenac’s first appearance in Charleston January 2013 when he headlined the Charleston Comedy Festival. He is touring in support of his second stand-up special, which is set to debut on October 21st exclusively on Netflix. The special, Wyatt Cenac: Brooklyn, will also be available on vinyl. You can pre-order it here.

Fans will also be happy to know that the comedian currently has projects in development with AMC and and BBC America.

The Charleston stop of the “Live in Brooklyn in (insert city name here)” Tour will start at 10 pm. Tickets are already on sale and can be purchased online or at the Theatre 99 box office. For more information on the show or to purchase tickets, click here. FYI – Cenac’s tour will also stop in nearby Raleigh, Asheville, and Atlanta.

For a taste of Cenac’s comedy, watch the video below.