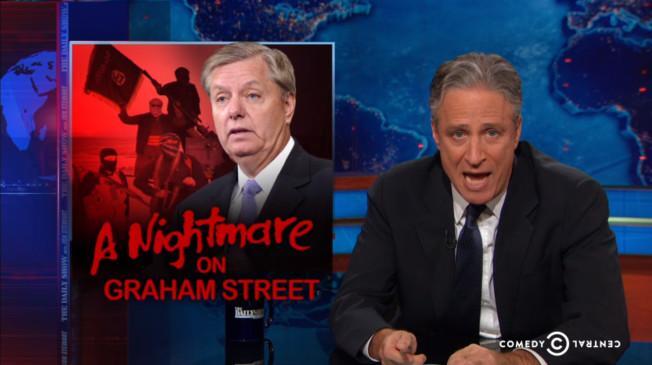 On Monday, Comedy Central’s The Daily Show and The Colbert Report each took turns roasting U.S. Senator Lindsey Graham and his seemingly “Chicken Little”-like reactions and hyperbolic comments regarding multiple issues. Most recently, he may have went slightly overboard when discussing the ISIS threat to America.

Whatever your political stance is, I think you can still find the humor in both of these clips. First up is The Daily Show’s clip. It’s all pretty humorous, but the real fun begins around the 3:45 mark.

The Colbert Report clip follows, but the Graham talk begins around the 3:08 mark when Charleston native and show host Stephen Colbert says, “some oppose it (drone strikes). First of all me…also South Carolina Senator and your disapproving aunt Lindsey Graham.”

Enjoy the videos below

EXPO is the Center of Charleston Water Sports Week