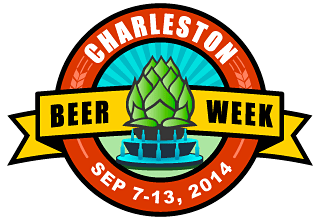 For those of you who slacked all week because Sunday through Thursday were “school nights,” there’s no excuse for missing any of the Charleston Beer Week’s events on Friday. There’s only two days left, but most of the remaining events don’t require tickets. That means attending events last minute should not be too difficult.


There are once again six events to choose from and I had a difficult time deciding which was my top pick. Although Victory is one of my favorite out-of-town breweries, I have to choose the Half Tap Takeover at Holy City Brewing. Not only can attendees enjoy plenty of local brews, they’ll also be able to sample beers from the Terrapin Beer Company. Plus, Brian “Spike” Buckowski, the Athens company’s Brewaster & Co-Founder will be in the house.

Hardcore beer aficionados will want to go to the “Hops & Yeast Showcase” at Revelry Brewing. Attendees will get an up-close look at the creation of multiple brews.

The best Charleston Beer Week event name goes to “Van Down By The River,” which starts at 3 pm.