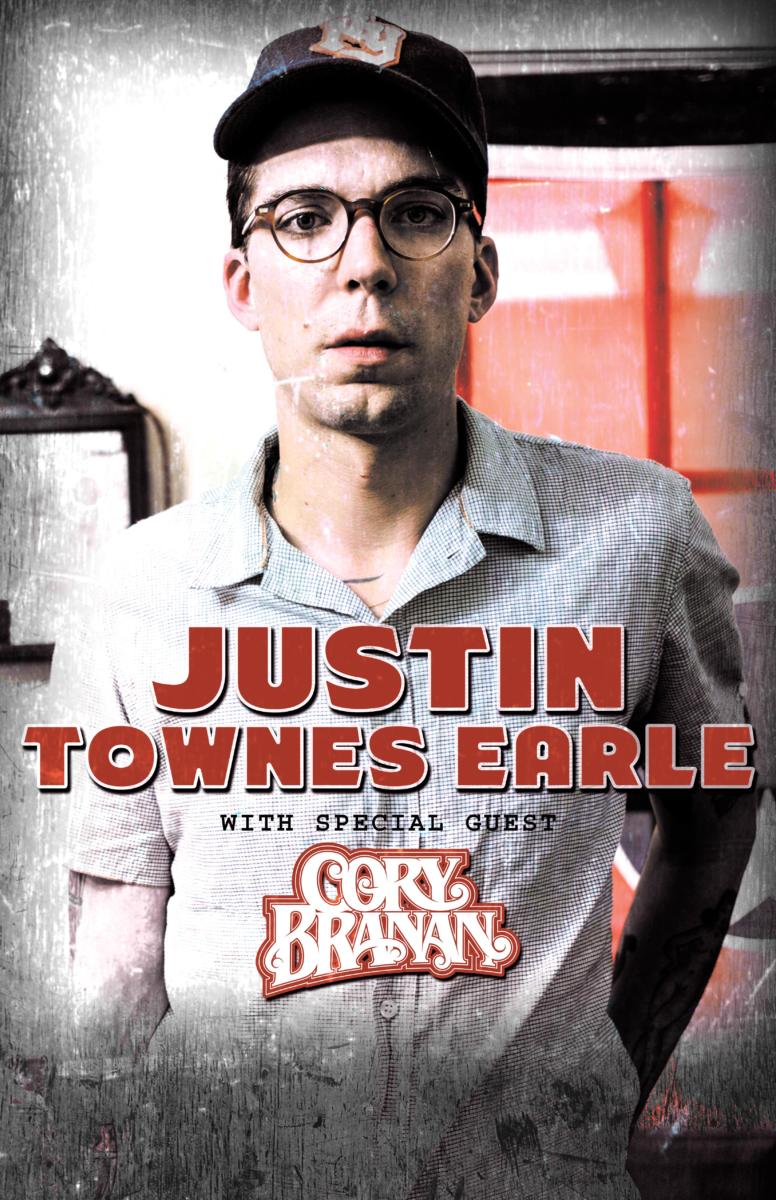 Singer-songwriter Justin Townes Earle will perform with Cory Branan on Sunday, November 16th at the Charleston Music Hall. The show will begin at 7:30 pm.

Earle has released four critically-acclaimed albums in his career with the fifth dropping today. His show at the Music Hall will be part of a tour celebrating the release of the new album, Single Mothers.

Earle is the son of alternative country musician Steve Earle.

Fellow singer-songwriter Cory Branan will open the show. His most recent album, The No-Hit Wonder, was released on August 19th.

Samples of each musician’s music can be heard below.

Tickets for the show are $25 and may be purchased here. You can purchase Earle’s new album on iTunes, Earle’s online store, and Amazon.