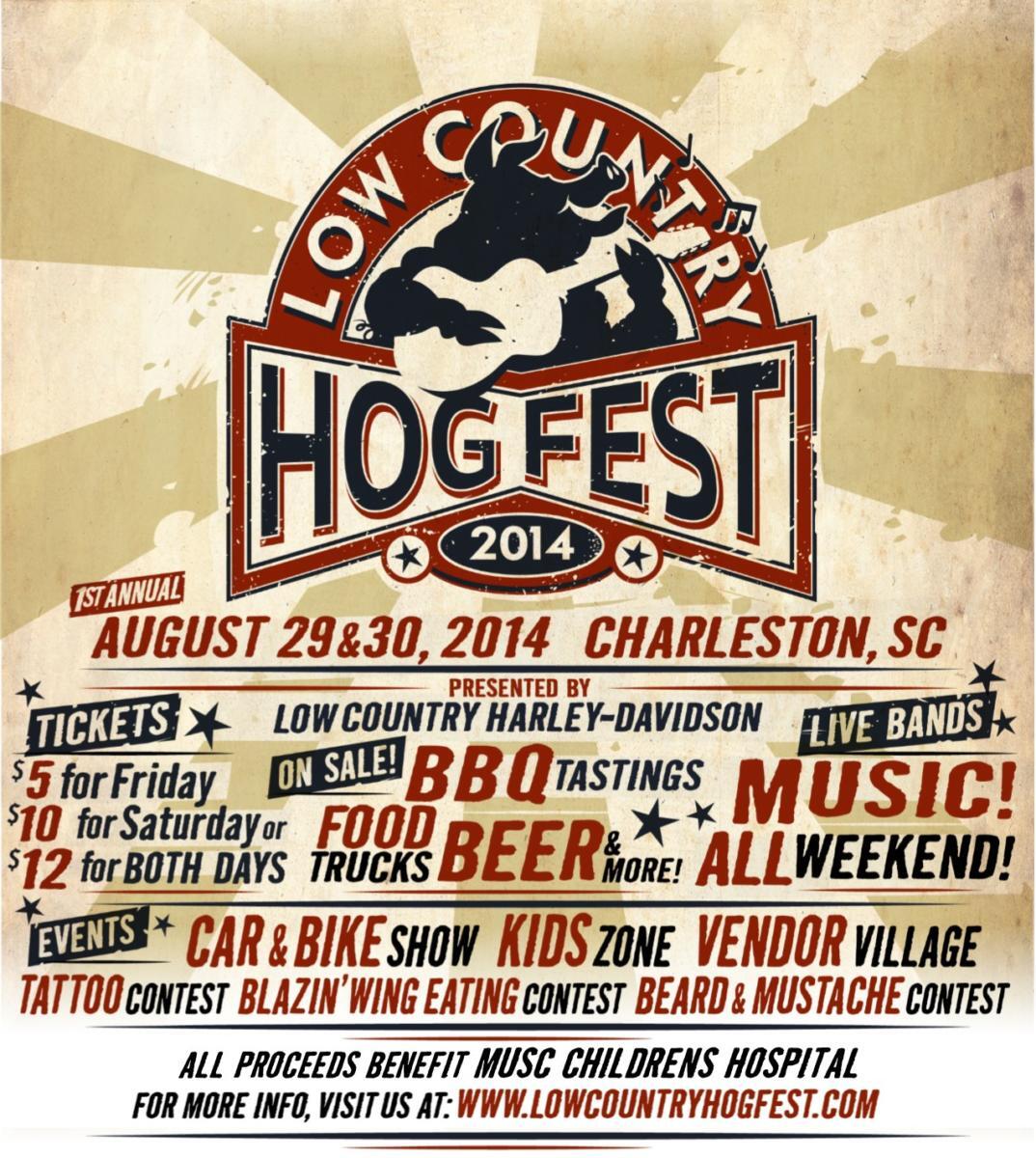 The Inaugural Lowcountry Hogfest, a two-day festival benefiting the MUSC Children’s Hospital, will be held this Friday and Saturday in the field behind the Low Country Harley-Davidson at 4707 Dorchester Road.

Gaslight Street will be performing on Friday at 5:30 pm, while the Muddy Kings (noon), and Elise Testone (3 pm) play on Saturday.

Here’s a look at each day’s schedule:

Oktoberfest Returns to the Holy City on September 19th