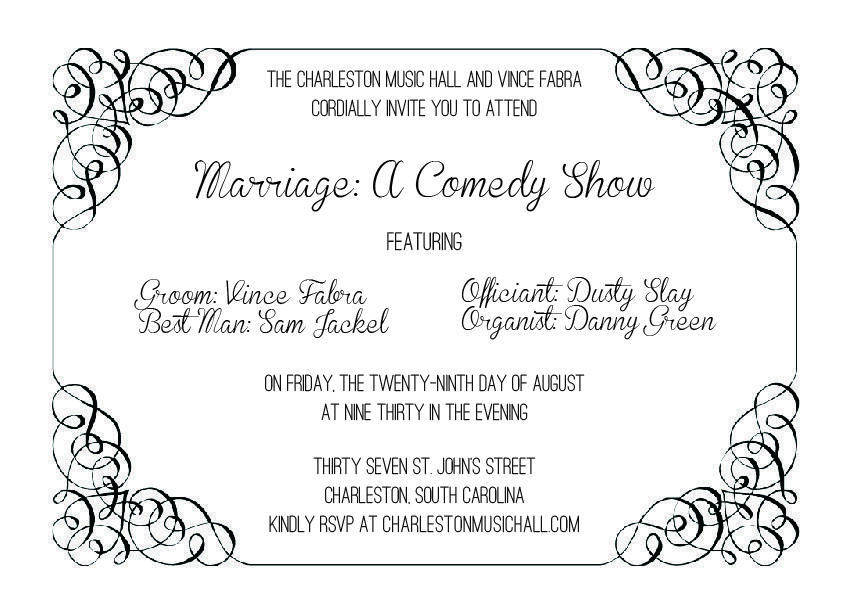 
“Marriage: A Comedy Show,” which will be held on August 29th at 9:30 pm, gets its name because comedian Vince Fabra is getting hitched the very next day.

“My goal for ‘Marriage: A Comedy Show’ is to entertain our wedding guests and strangers alike, while not saying anything to ruin the wedding weekend,” Fabra said.

He’ll be joined on stage by fellow comedians Dusty Slay, he of the newly released album, Danny Green, and Sam Jackel.


Tickets may be purchased here. To get a taste of Fabra’s comedy, watch the video below.