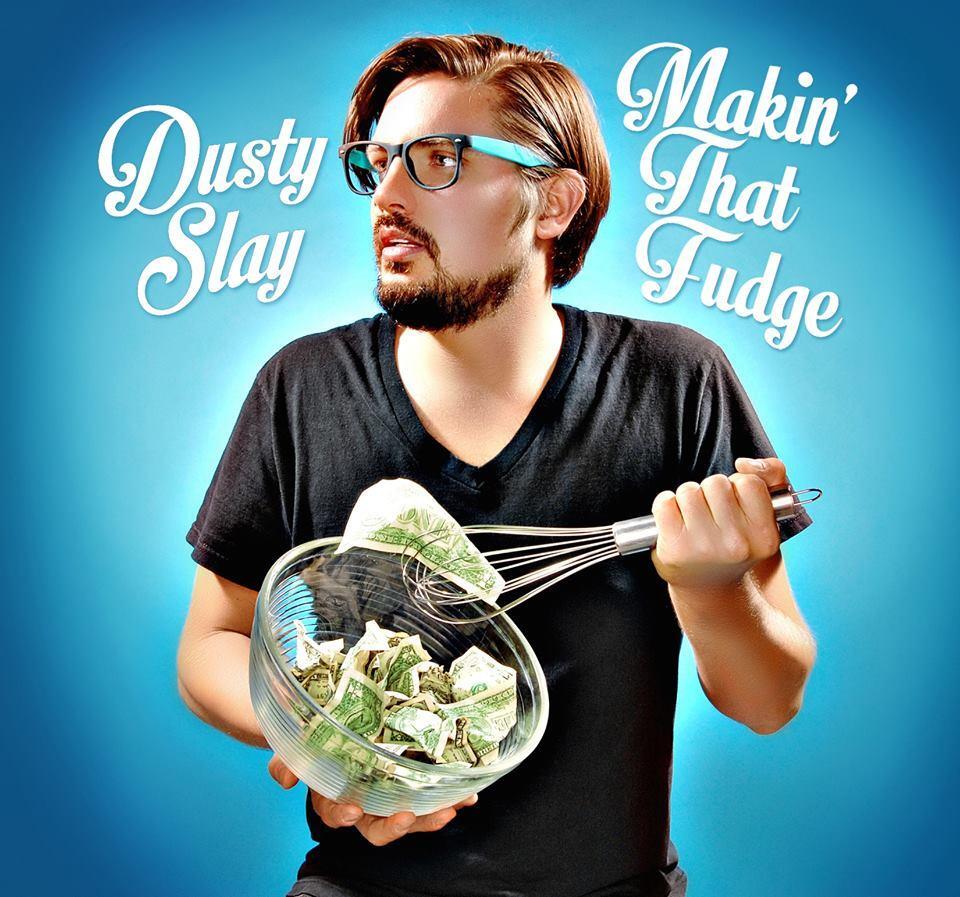 For years the now former (sad face) Charleston resident was a staple in the Holy City’s comedy scene. Residents could always find him doing stand-up around town or doing improv as a company member of Theatre 99. Despite his recent move to Nashville, many Charlestonians were still wondering when Slay would put out an album. That day arrives tomorrow when Makin’ That Fudge will be available for purchase on Slay’s website and Amazon.

The album features a nearly hour-long set of hilarious riffs growing up poor in the South, waiting tables at Hyman’s, divorce, weird sayings, and a creative bit about the alphabet I enjoyed, despite the Charleston City Paper poo-pooing it. The jokes are funny are their own, but it’s Slay’s ability to intertwine topics together and successfully utilize callbacks that take the album to the next level. Instead of a grouping of seemingly random observations, Slay’s set on Makin’ That Fudge feels like it was all meant to be presented together.

To purchase the album, visit Slay’s website or Amazon.

A Proposed Solution to the Problems on Upper King Street