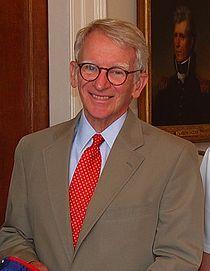 Mayor Riley, Police Chief Greg Mullen, and Planning Director Tim Keane claim they need 3 years to come up with a plan for the problems on Upper King Street. They will likely be given a year as the planning commission last night approved a 1 year moratorium that will go before a vote at the city council.

One year to fix the problems? I wrote up my proposed solution in about an hour.

First, I just want to clear up something I have heard again and again from Mayor Riley that annoys me. Riley has argued that if Upper King becomes saturated with bars it will be a desolate and abandoned street during the day. This would hardly be the case. These places are not nightclubs that are closed all day and open at 10 pm. Most of them are actually phenomenal restaurants that are open throughout the day and attract a lot of people. Examples: Macintosh = great brunch, Hom = phenomenal burgers, AC’s = great brunch, O-Ku = awesome sushi, Stars Rooftop = great food, Halls Chophouse = great food and highly rated.

Now the problem on Upper King is pretty simple, the streets just get too crowded with people and cars late at night. This is understandable as Charleston is constantly winning awards for being the best city in America, the friendliest city, etc., which adds to the amount of people moving and visiting the Holy City. There are two variables that contribute to this problem – physical space and time.

It is unlikely that the city will be able to increase the space on King St. by adding sidewalk space or a traffic lane, so this leaves us with time. Currently, everyone is forced to leave the bars at the same time which floods the streets at 2 am. All bars must stop serving at 2 am, but if they were allowed to stay open until 2:30 am, there would be more of a slow filter out to the streets (this idea was originally proposed by City Councilman Dean Riegel, which you can read about here).

After everyone is forced on to the streets at 2 am, the next problem arises, which is everyone trying to get home at once. If you’ve lived in Charleston for any amount of time then you know that most of the taxi services are terrible. It is almost impossible to get a reliable and consistent ride home at 2 am. Just last week a taxi tried to charge a group of my friends over $60 to get to Mount Pleasant and then lied about his credit card machine not working so he could likely pocket the cash. When people are unable to find a ride they will likely walk home which is when you get your drunken neighborhood disturbances (yelling, trash, vandalism, vomit, etc), or worse, they opt to drive home drunk.

Recently a phenomenal ride-sharing app called Uber came to Charleston which could definitely help this situation. However, instead of recognizing this as a solution to a problem and promoting the safe passage home of bar patrons, the Charleston Police are actually setting up sting operations to fine Uber drivers (makes total sense!).

Limiting the number of bars opening for the next year is not going to limit the number of constantly increasing people that frequent Upper King St. and the same problems will exist. There needs to be a soft closing of bars at 2:30 am so people can slowly filter out, and a more reliable option and readily available way to get home. If taxi companies can’t handle the amount of people leaving King St between 2 – 2:30 am, then a ride-sharing app like Uber needs to be promoted and not punished.