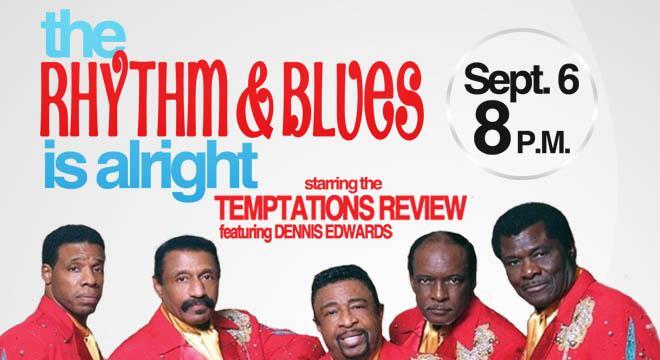 “The Rhythm & Blues Is Alright,” a mulit-artist concert starring The Temptations Review featuring Dennis Edwards, will be at the North Charleston Performing Arts Center on Saturday, September 6th at 8 pm.

Edwards was formerly a member of the hugely-successful Motown group The Temptations. He joined the iconic act in 1968 and was in-and-out of the lineup until he left for good in 1989. He formed The Temptations Review in the 1990s. The current lineup includes Paul Williams Jr., who is the son of original Temptations member Paul Williams.

Follow us
Related Topics:north charleston coliseumthe temptations review
Up Next

A Proposed Solution to the Problems on Upper King Street