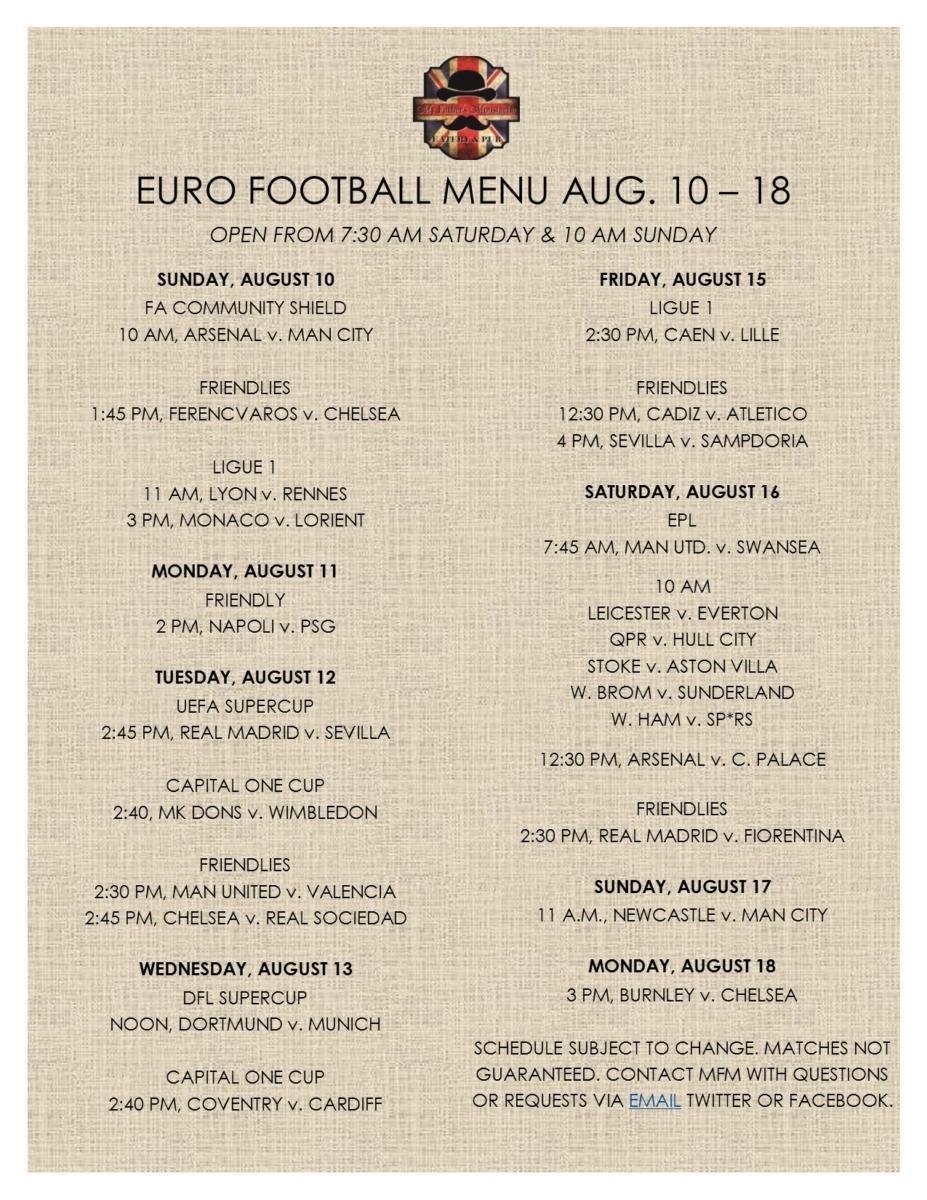 Beginning on August 16th, My Father’s Moustache will open early on Saturdays and Sundays for the European soccer league season. The pub will also be offering a brand new English breakfast menu during those early morning hours.

The European soccer schedule can be seen on the right.

The new breakfast menu will include:

The 2014-15 Premier League season starts at 7:45 am this Saturday when Manchester United hosts Swansea. To celebrate My Father’s Moustache will offer a $10 BBQ lunch, giveaways, and will launch an EPL fantasy league.

The bar will also broadcast plenty of college football and NFL games this fall.

For more information, head to My Father’s Moustache’s Facebook page. You can see their full menu here.

My Father’s Moustache is located at 1405 Ben Sawyer Blvd. in Mount Pleasant.