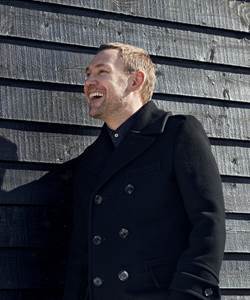 Grammy-nominated British singer-songwriter David Gray will play at the North Charleston Performing Arts Center on Thursday, October 2nd starting at 7:30 pm. This concert is part of his first full U.S. tour in 4 years.

Gray rose to international fame after the 2000 re-release of White Ladder. The album, Gray’s fourth, originally came out in 1998, but did have any commercial success. However, it went on to sell 7 million copies two years later when it was put out by ATO Records. Some of Gray’s best-known songs were included on the album. Those singles include “This Year’s Love”, “Babylon”, “Please Forgive Me” and “Sail Away.”

His latest track, “Gulls,” recently premiered on Yahoo Music. The song, which you can see the music video for below, is on Gray’s newest album, Mutineers.

Tickets go on sale this Friday, August 8th at 10 am.

***UPDATE, 8/7/14***: An internet pre-sale will be held today from 10 am until 10 pm. Use the pre-sale password WORLD to get your tickets earlier than everyone else.

Honor By August & The Gallery Play by the Sea

Hall Management Group (HMG) invites the community to celebrate the holiday season at three of its family-friendly festivities happening this...