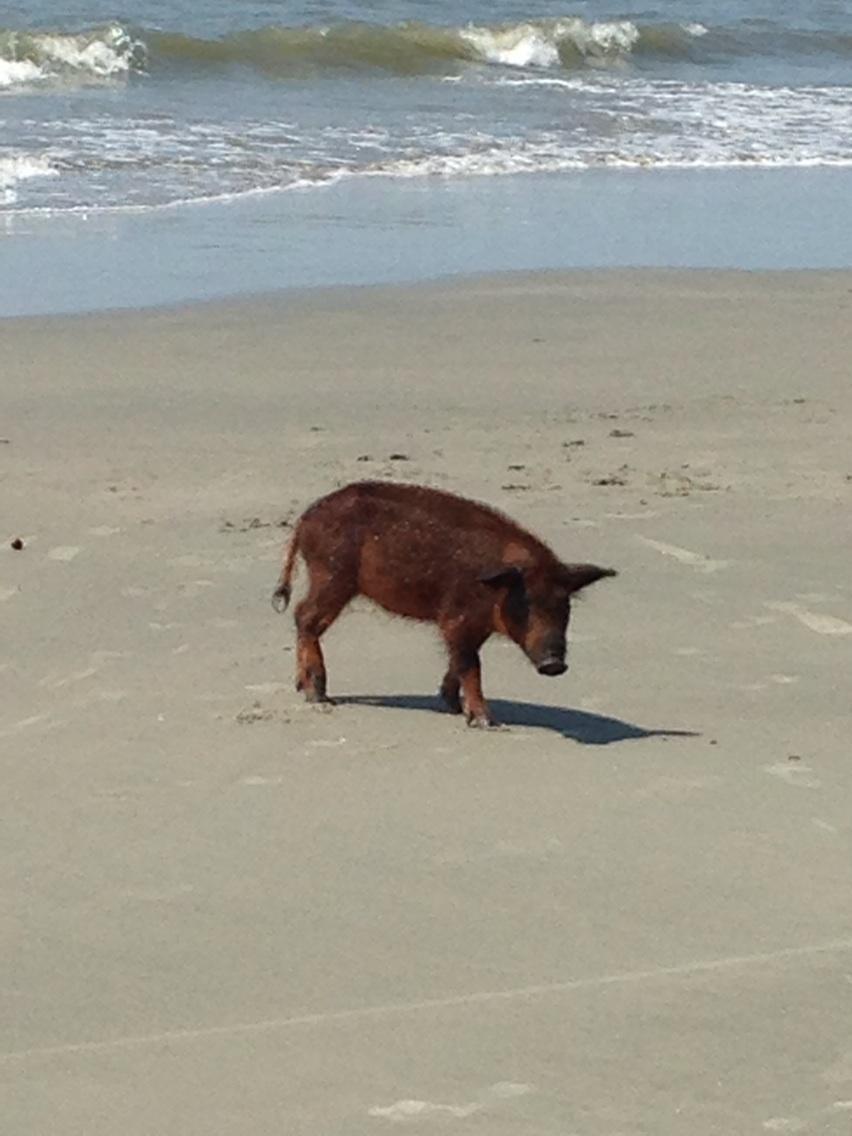 If you thought an alligator emerging from the ocean on Folly Beach was crazy, you’ll think this story is hog wild!

According to beach-goer Erin Lisa Schwartz, a wild pig swam out of the ocean on Sullivan’s Island near Station 26 today. Schwartz, a Seattle resident who was vacationing with her family, posted pictures and a few details about the incident on her Twitter page. She tweeted that the animal seemed like had been swimming a while and that it was “saved by Sullivan’s Island police.” You can see a video of the capture below.

ABC News 4 has even more pictures of the pig, so of which actually show it in the water.

Holy City Sinner has reached out to the Sullivan’s Island Police Department to get more details on this story. Stay tuned…