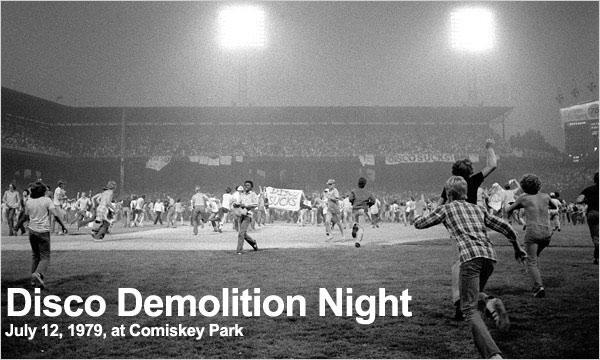 Thirty-five years and one week after it was held at Chicago’s Comiskey Park, the infamous “Disco Demolition Night” will be revived by the Charleston RiverDogs this Saturday at The Joe.

The original promotion, which was organized by current RiverDogs President Mike Veeck, continues to be one of the most well-known marketing ideas in sports history. This time around, there will be a 21st Century spin on the event and the the Charleston franchise will ensure no forfeiture occurs (see video below).

Instead of obliterating disco records like they did in 1979, “Disco Demolition 2: You Better Belieb It” will feature the destruction of Justin Bieber and Miley Cyrus music and paraphernalia. The demo will take place at the conclusion of the RiverDogs 6:05 pm game against the Augusta GreenJackets.

Fans that bring Justin Bieber and Miley Cyrus items to the game will receive a $1 ticket. Those items will be put into a giant box and, as RiverDogs General Manger Dave Echols puts it, they will be blown to smithereens.

“Disco Demolition 2” is not the only promotion the RiverDogs will have on Saturday. The fist 1,000 fans through the gate will get a Bill Veeck Bobble-Leg doll. It will also be Military Appreciation Night and Social Media Saturday.