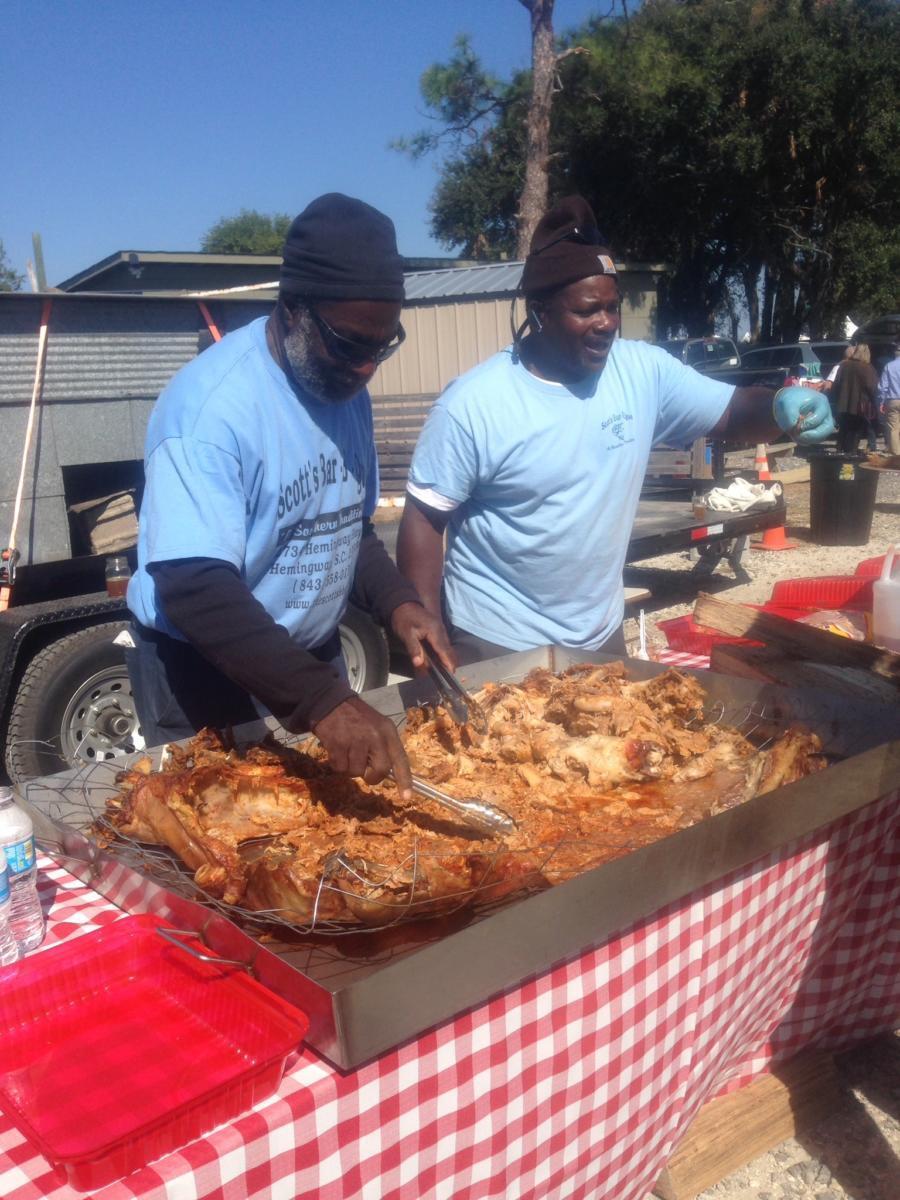 Scott’s Bar-B-Que from Hemingway, SC was chosen as one of the ten best Southern barbecue spots in the country by USA Today entity.

The eatery’s inclusion in the latest list from 10Best.com should come as no surprise to residents of the Holy City. Although many Charlestonians haven’t made the pilgrimage to Hemingway, they have caught owner Rodney Scott and crew at various events around the city. Whether they tasted Scott’s food at October’s Cook It Raw event or at one of the “Rodney in Exile” tour stops, people have become hooked.

The ever-smiling Rodney Scott has earned his place on the present-day Mt. Rushmore of barbecue. Scott cuts down the hickory, oak, and pecan trees used needed to power the concrete pits he uses to produce some of the nation’s most decorated whole-hog ‘cue. Scott keeps busy mopping his meat with his special secret vinegar-pepper sauce. Few patrons seem to mind his eatery’s lack of amenities.