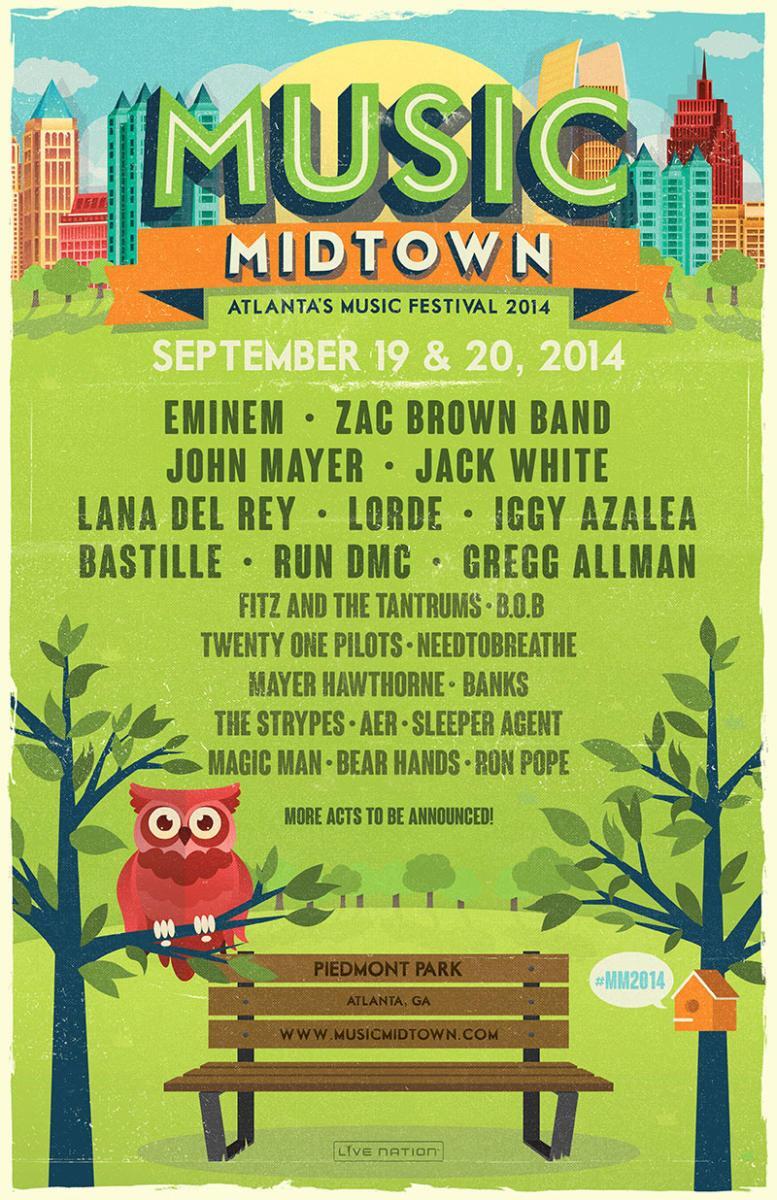 With the two-day event being close to the Holy City, I figured some of you may be interested in today’s announcement. Without further ado, here is this year’s lineup:

More acts will be announced at a later date, but my interest has already been peaked!

The festival is held at Piedmont Park. Tickets go on sale this Saturday at 10 am. Holy City Sinner plans on being at the festival and surely a few of you will be in attendance, so we may have to plan a Charleston meet-up!

For those unfamiliar, Music Midtown was held annually in Atlanta from 1994 until 2005. After a six-year hiatus, the festival returned in 2011. Previous bands that have performed at the event include The Black Keys, Coldplay, Foo Fighters, The Avett Brothers, Pearl Jam, Ludacris, Journey, Jane’s Addiction, 2 Chainz, Red Hot Chili Peppers, Queens of the Stone Age, Kendrick Lamar and many many more.

Jack White To Play in Columbia this September