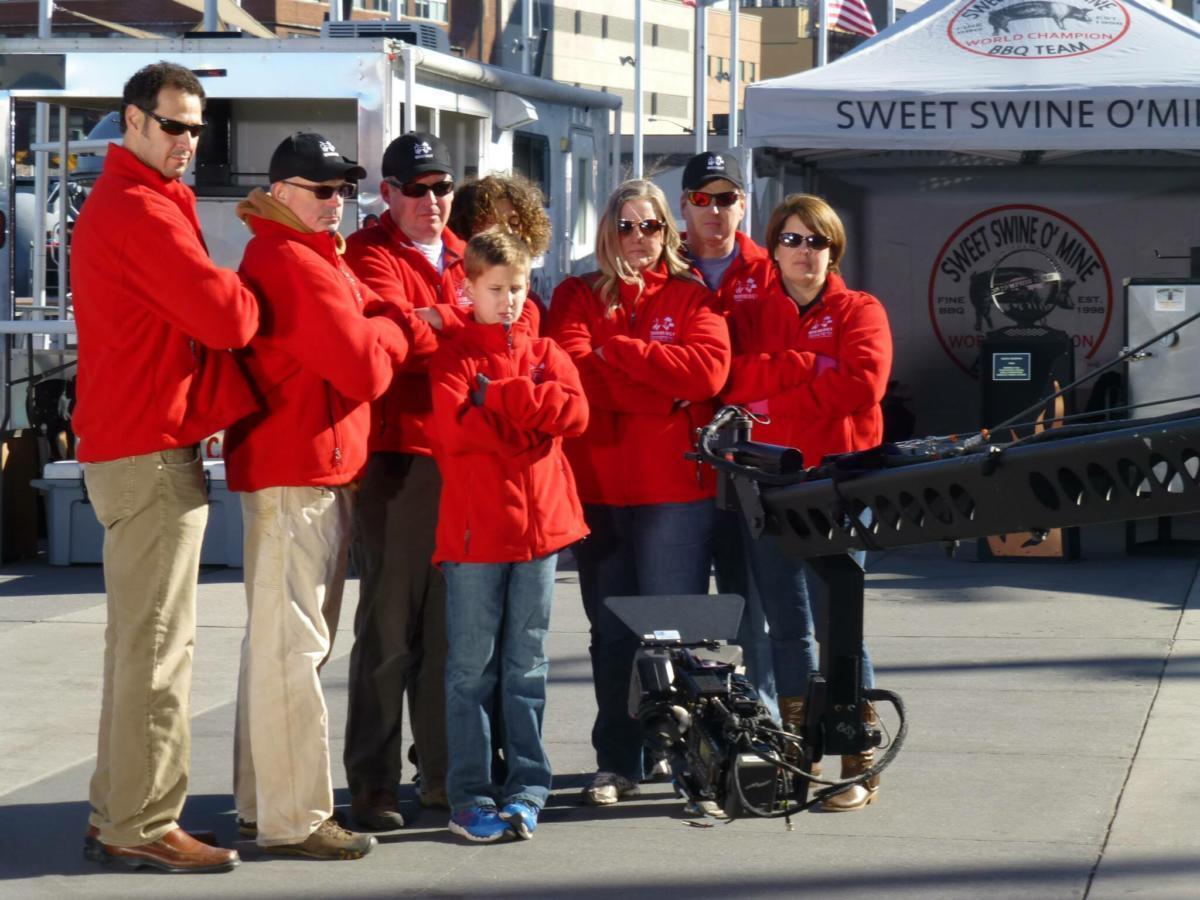 The Queology Team posing for the “BBQ Pit Wars” camera

Tomorrow, a local Charleston chef will be featured on BBQ Pit Wars, a reality TV series which follows barbecue cooks as they compete for cash and prizes in cooking competitions. The episode will air on Destination America from 10 pm until 11 pm.

According to a press release, Cornett’s team planned on donating any winnings from the show to Folds of Honor, a charity that provides scholarships to veterans injured in combat or to family members of those who were lost while in serving.

To celebrate the restaurant’s appearance on the show, Cornette and his team are hosting a viewing party at Wild Buffalo Steakhouse in North Charleston on Saturday night. The event is open to the public.