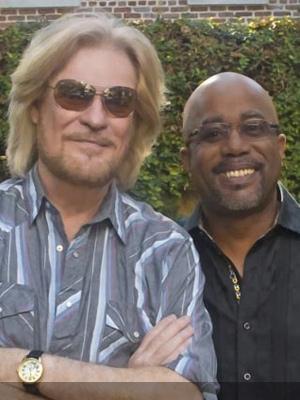 Each episode of the show features Hall playing music with his guests at his home in New York state. However, for Rucker’s episode, Hall came down to Charleston to jam with the country singer in an 1843 Greek revival house on the peninsula. With the help of some other musicians, they performed songs from each of their respective catalogs:

You can watch the entire episode below.

On an interesting note, the press release for the episode said Hall was Rucker’s “soon-to-be fellow resident” and Hall says in the video that he “sort of” lives in the city. Another celebrity living in Charleston? Sure seems that way!

Want to Walk on Water? You Can at the Solust Music Festival!

CANCELED: A Day To Remember, Bring Me The Horizon & Chiodos Coming in October