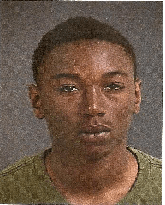 Seventeen-year-old Terrell Smith is wanted by the Charleston Police Department in connection with the fatal stabbing that occurred at 142 Congress Street early Wednesday morning.

Smith is wanted for murder, attempted murder, possession of a deadly weapon during a violent crime, and first-degree burglary.

Gov. Haley: “We Will No Longer Educate Children…”