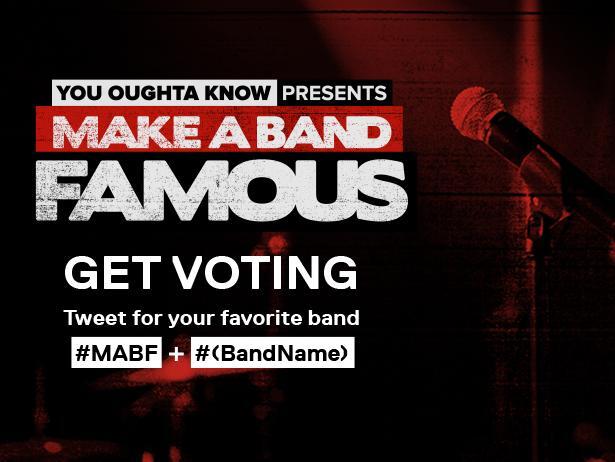 As I type this sentence, the Dead 27s are on their way to New York City to take part in VH1’s “Make a Band Famous” Competition presented by You Oughtta Know.

The local rock outfit will compete against 23 other bands during tomorrow’s 24-hour event. The entire competition will stream live on vh1.com beginning at 8 pm. The livestream will be an uncensored and uncut 24-hour broadcast that features each group participating in unique tasks each hour.

Those tasks could include performing a hit song with toy instruments or busking on the streets of Brooklyn for money. At the end of each hour, bands will continue on or be sent home depending on a judges panel and a fan vote.
In order to vote, you have to have a twitter account. Once you are logged in, tweet with the following hashtags – #mabf #dead27s – throughout the competition. Also, be sure to follow the Dead 27’s on Twitter for updates.

The last band standing will receive a performance slot at a Brooklyn music festival and a record deal with Republic Records. They will also earn promotion through VH1’s You Oughtta Know organization, which helped Ed Sheeran, The Lumineers, and more to get their big break.

For more on the contest, visit the official website.

A Tribute to Sublime’s Bradley Nowell Scheduled for 6/19

Chris Carrabba Plays with New Band at the PoHo