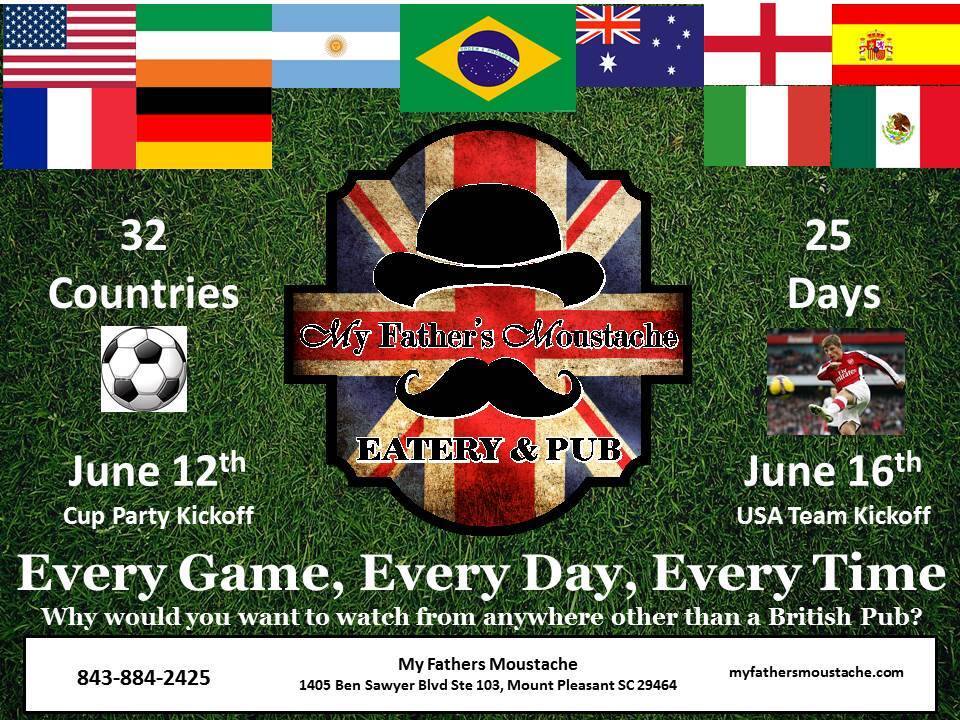 The world’s largest sporting event is just days away, and the area’s hottest up-and-coming pub will be showing every game.

My Father’s Moustache in Mount Pleasant, which has already become a popular soccer-watching hub for English Premier League games, will be World Cup central.

The pub is going all-out for the Cup as they’ve added or scheduled the following improvements:

My Father’s Moustache will also be offering specials, contests, and prizes throughout the World Cup, including an engraved trophy for the individual who attends the most matches.

Here are some of the specials that are planned:

The fun kicks off on Thursday, June 12th at 4 pm when host nation Brazil plays Croatia. Not a fan of either team? Don’t worry, My Father’s Moustache will be showing all 64 World Cup games live.

For more information, visit the pub on Facebook. The pub is located at 1405 Ben Sawyer Blvd., Suite 103 in Mount Pleasant.