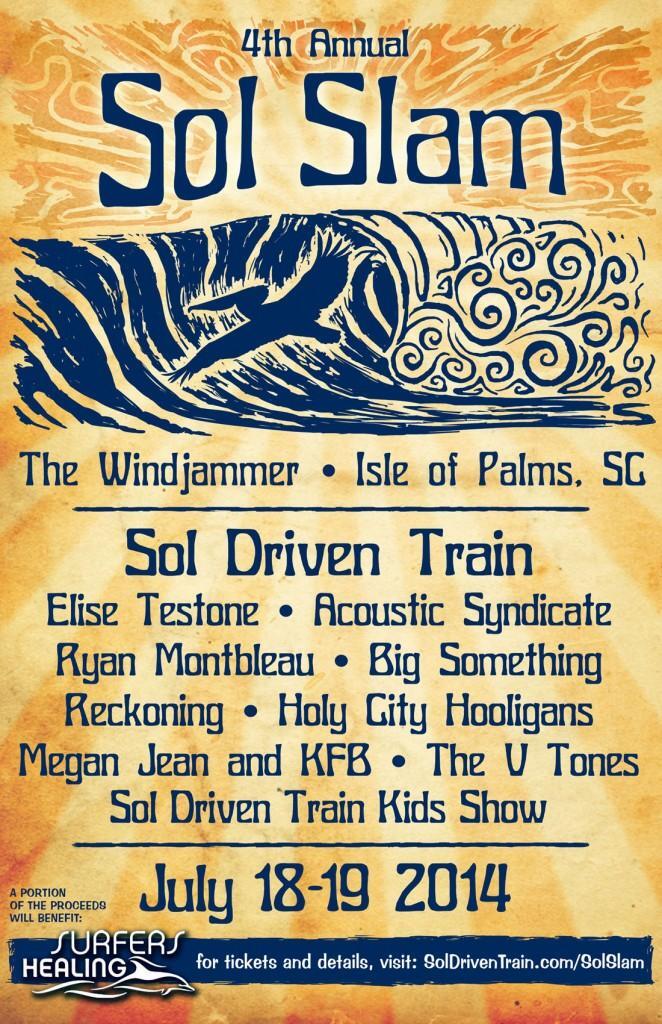 Sol Driven Train has announced that the 4th Annual Sol Slam will be going down on July 18th and 19th at The Windjammer on Isle of Palms. The mini-music festival and party will feature nine bands performing on two stages, including an Outdoor Stage overlooking the beach.

Bands scheduled to appear include:

On Saturday, Sol Slam will be fun for all ages as Sol Driven Train will perform a Kids Show and SUP demos will be given by Charleston SUP Safaris.

Tickets are already on sale and can be purchased here. Two-day passes to the event are $35 and include a 10% discount when purchased at The Windjammer bar.
Other ticketing options include:
A portion of ticket proceeds from Sol Slam and 100% of shuttle donations will be given to Surfers Healing. Shuttles and discounted hotel rates will be available again this year. SC BarCar will do two round-trip runs between James Island, Mount Pleasant, and The Windjammer. Shuttle admission is a donation to Surfers Healing.
Seaside Inn is offering discounted rates for Sol Slam attendees. If you call 888-999-6516 and mention “Sol Slam,” you’ll receive a discounted rate of $219 per night.