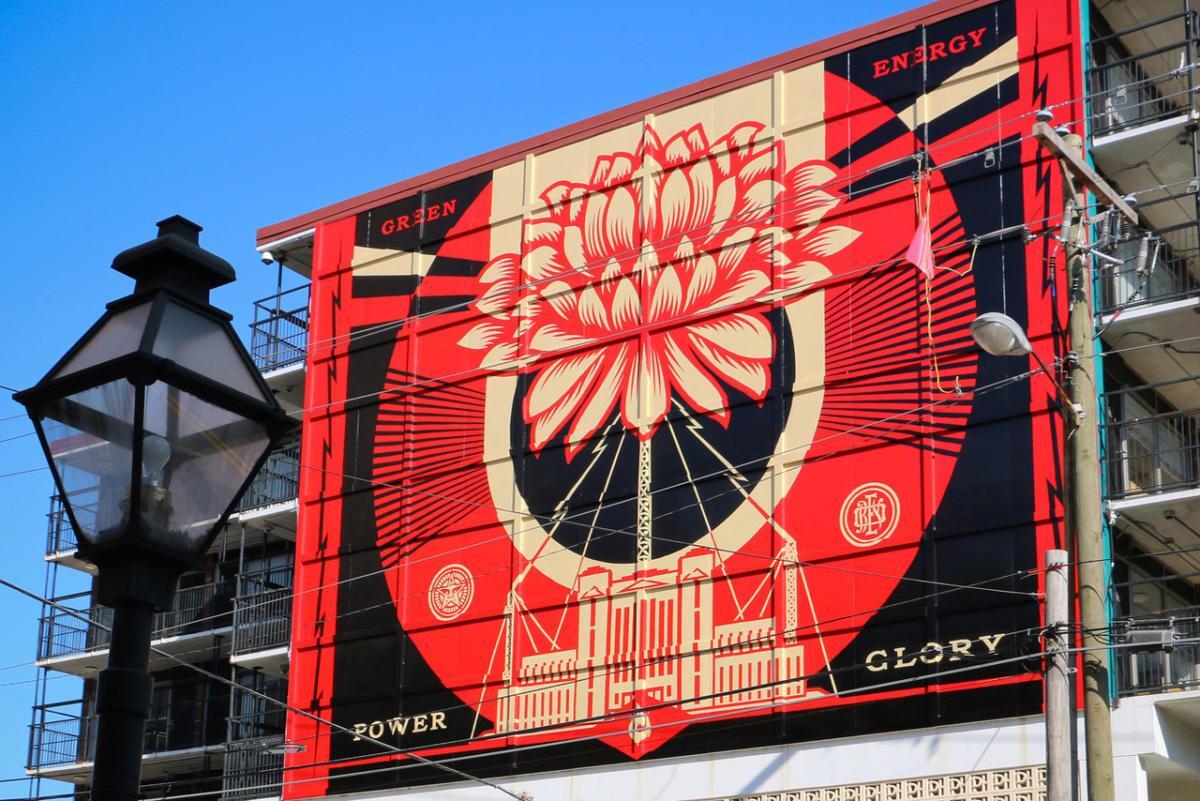 Shepard Fairey-mania has taken over the Holy City ahead of the Spoleto Festival. The artist has been leaving his mark around Charleston as part of the Halsey Institute’s 30th anniversary.

Fairey is a Charleston native whose parents still live and work in the area. He is best known for his “André the Giant Has a Posse” (later “Obey Giant“) street art and the 2008 Barack Obama “Hope” campaign poster.

Fairey’s notoriety has drummed up some excitement in Charleston as residents continue to locate his street art. Here’s a list of each piece and where it was spotted: 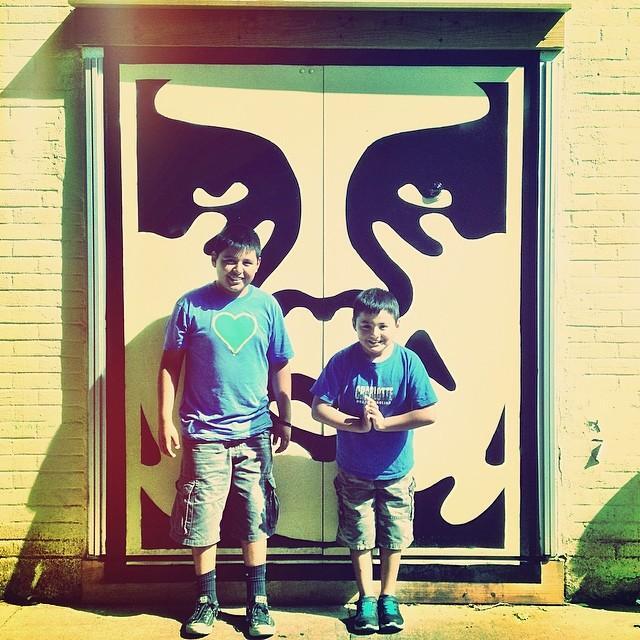 Fairey has a show at the Halsey entitled “The Insistent Image: Recurrent Motifs in the Art of Shepard Fairey and Jasper Johns.” It opens tonight and will be available until July 12th. It is free and open to the public.

Still need convincing that Fairey has been the talk of the town? Here are some links to local media coverage: