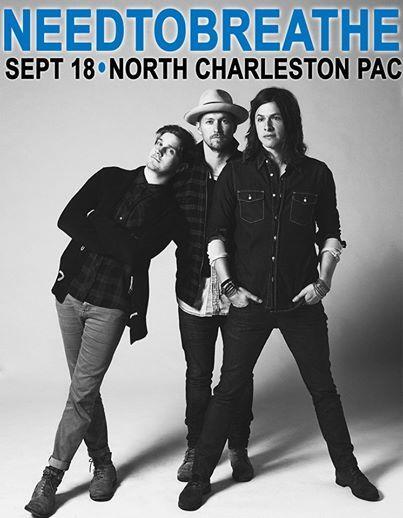 
The local performance is part of the band’s upcoming Rivers in the Wasteland tour. The album of the some name was recently released and debuted at No. 3 on the Billboard 200 and No. 1 on Christian Albums Chart.

Tickets to the show may be purchased here. One dollar from each ticket sold will go to the Palmetto Medical Intiative.

The group will also be at the NEEDTOBREATHE Classic on Tuesday, May 20th at the Daniel Island Ralston Creek and Beresford courses.
—