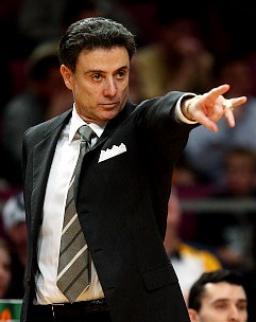 Rick Pitino, the head basketball coach at the University of Louisville, has been seen around the Holy City this weekend.

Pitino was first spotted at the College of Charleston’s commencement ceremonies on Saturday. He was likely in attendance because his daughter Jacqueline was graduating from the school.

He was later seen at Charleston Place and other spots downtown.

Anyone else see the coach?